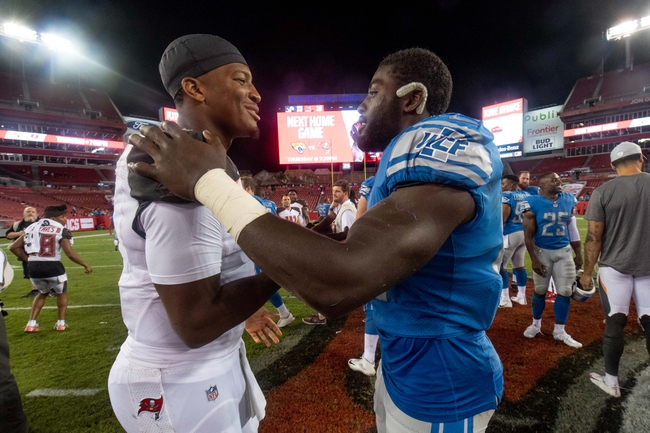 The Detroit Lions need a win here to snap a six-game losing streak. The Detroit Lions have lost four of their last five home games. Matthew Stafford is completing 64.3 percent of his passes for 2,499 yards, 19 touchdowns and five interceptions. Stafford has two or more touchdown passes in eight of his last 16 games. Kenny Golladay and Marvin Jones Jr. have combined for 1,787 receiving yards and 19 touchdowns while Danny Amendola has 50 receptions. The Detroit Lions ground game is averaging 102.8 yards per contest, and Kerryon Johnson leads the way with 308 yards and two touchdowns. Defensively, Detroit is allowing 25.8 points and 394.7 yards per game. Tracy Walker leads the Detroit Lions with 82 tackles, Trey Flowers has seven sacks and Darius Slay has two interceptions.

The Tampa Bay Buccaneers are quietly one of the hotter teams in the league over the last month and Winston is playing the best football of his career. The Detroit Lions have scored 16 or less points in three of their last five games and at this point have probably checked out due to injuries and underachieving play. I'm still skeptical about the Bucs and how long they can keep this going, but I don't trust the Lions in their current form. It's the Tampa Bay Buccaneers by a touchdown or pass.