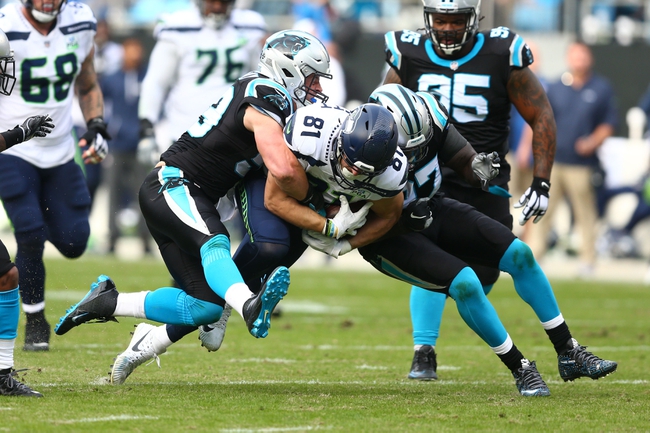 The Seattle Seahawks look to stay hot after winning eight of their last 10 games. The Seattle Seahawks have won five of their last six road games. Russell Wilson is completing 66.8 percent of his passes for 3,422 yards, 26 touchdowns and five interceptions. Wilson has two or more touchdown passes in 19 of his last 25 games. Tyler Lockett and DK Metcalf have combined for 1,657 receiving yards and 11 touchdowns while Will Dissly has 23 receptions. The Seattle Seahawks ground game is averaging 140.8 yards per contest, and Chris Carson leads the way with 1,057 yards and five touchdowns. Defensively, Seattle is allowing 24.7 points and 375.5 yards per game. Bobby Wagner leads the Seattle Seahawks with 129 tackles, Mychal Kendricks has three sacks and Tre Flowers has three interceptions.

The Seattle Seahawks have been money SU and ATS on the road dating back to last season and a loss to a desperate LA Rams squad doesn't knock me off the bandwagon. The Carolina Panthers have lost six of their last seven games and three of those losses came by double digits. The Panthers have little to rely on offensively outside of McCaffrey and the defense is starting to slip as well during this losing stretch. I'll back the Seahawks here with the line under a full touchdown.