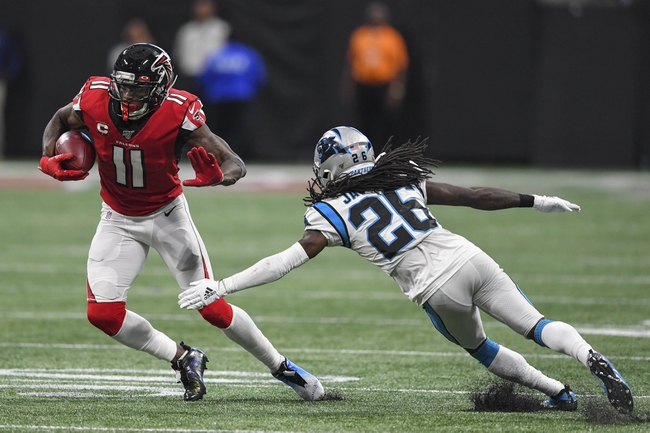 The Atlanta Falcons and the San Francisco 49ers meet in week 15 NFL action from Levi’s Stadium on Sunday afternoon.

The Atlanta Falcons come into this game looking to build on their current three-game winning streak after a 40-20 win over Carolina in their last outing. Matt Ryan threw for 313 yards and 2 touchdowns on 20 of 34 passing while Devonta Freeman rushed for 84 yards and a touchdown and Brian Hill had 62 rushing yards and a touchdown. Olamide Zaccheaus had 93 receiving yards and a touchdown while Calvin Ridley added 6 grabs for 76 yards and a TD and Julio Jones had 5 catches for 66 yards. Defensively, Damontae Kazee had a pair of interceptions while Foyesade Oluokun had a team-high 11 total tackles. Takkarist McKinley and Vic Beasley Jr. each had a pair of sacks as well. As a team, Atlanta is averaging 376.5 yards of total offense and 23.1 points per game while allowing 366.4 yards of total defense and 26.4 points per game against this season.

The San Francisco 49ers will look to build some steam after a thrilling 48-46 win over the New Orleans Saints last time out. Jimmy Garoppolo threw for 349 yards, 4 touchdowns and a touchdown on 26 of 35 passing while Emmanuel Sanders threw for a 35-yard TD pass as well. Raheem Mostert led the 49ers with 69 rushing yards and a TD while Matt Breida had 54 rushing yards. Sanders also led the 49ers with 7 grabs for 157 yards and a touchdown while Deebo Samuel had 5 catches for 76 yards and George Kittle averaged 6 grabs for 67 yards and a TD. Mostert added a touchdown grab as well and Kendrick Bourne had a pair of touchdown catches as well. Defensively, DeForest Buckner had a fumble recovery while Jimmie Ward led the 49ers with 8 total tackles. As a team, San Francisco is averaging 388.6 yards of total offense and 30.5 points per game while allowing 267.4 yards of total defense and 17.6 points per game against this season.

I get San Fran being favored at home, but this just screams letdown spot for me here after such a big win against the Saints. Not to mention the 49ers have a couple of key division games on deck with the Rams and the Seahawks to finish the year. Atlanta’s won three straight coming into this one, and I think with the way the offense has picked up, Atlanta is more than capable of keeping this one within single digits so I’ll take the Falcons and the points in this one. 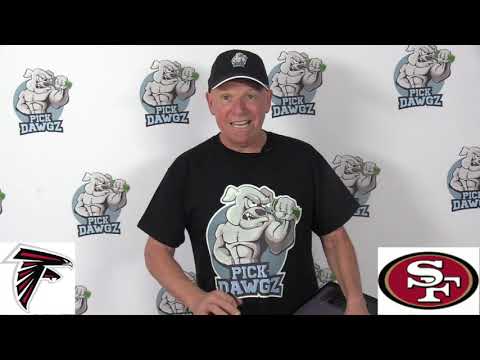