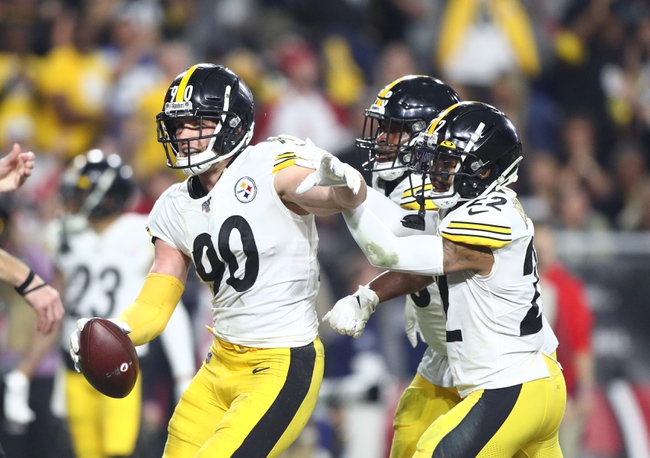 The Buffalo Bills and the Pittsburgh Steelers meet in week 15 NFL action from Heinz Field on Sunday night football.

The Buffalo Bills will look to bounce back after a 24-17 loss to Baltimore in their last outing. Josh Allen threw for 146 yards and a touchdown on 17 of 39 passing while Devin Singletary rushed for 89 yards on 17 carries. Dawson Knox led the Bills with 37 receiving yards while Cole Beasley had 4 grabs for 29 yards and a touchdown and Singletary had a team-high 6 catches for 29 yards. Defensively, Jordan Poyer led the Bills with 10 total tackles including 5 solo tackles while Tremaine Edmunds had 8 total tackles and an interception. As a team, Buffalo is averaging 341.9 yards of total offense and 21.1 points per game while allowing 296.8 yards of total defense and 16.3 points per game against this season.

The Pittsburgh Steelers will look to keep their momentum going after improving to 8-5 on the year with a 23-17 win over Arizona in their last outing. Devlin Hodges threw for 152 yards and a touchdown on 16 of 19 passing while Kerrith Whyte and Benny Snell Jr. each had 41 rushing yards. Diontae Johnson led the Steelers with 6 catches for 60 yards and a touchdown while James Washington added 4 receptions as well. Defensively, Joe Haden had a pair of interceptions and T.J. Watt had a pick as well while Mark Barron, Steven Nelson and Terrell Edmunds each had 7 tackles. As a team, Pittsburgh is averaging 290.1 yards of total offense and 19.9 points per game while allowing 310.9 yards of total defense and 18.6 points per game against this season.

The points with the Bills are tempting considering that a win here could make next week’s matchup against New England quite interesting with the division on the line. However, Pittsburgh has been rolling lately and getting it done on both sides of the ball, especially on defense where they’ve held 8 of their last 10 opponents to 17 points or less. Primetime at Heinz Field can be one of the more hostile environments to play in, and with there being so much pressure on Buffalo, that’s not the best spot for the Bills in my opinion. I’ll lay the points with the Steelers here. 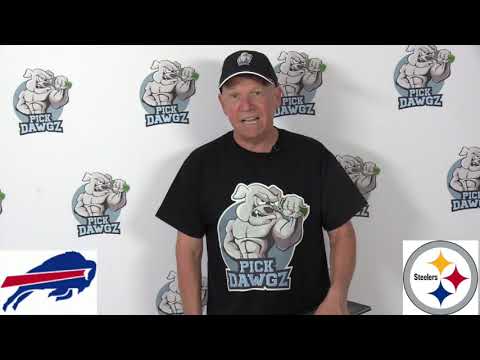