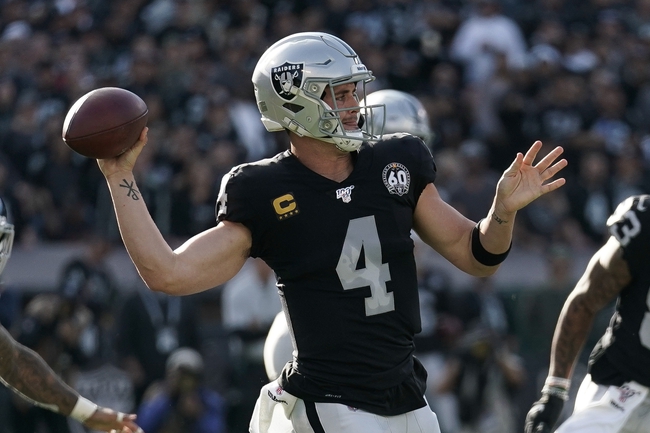 The Jacksonville Jaguars and the Oakland Raiders meet in NFL action from O.co Coliseum on Sunday.

Jacksonville is 4-9 overall. The Jaguars are currently riding a five-game losing streak, falling to the Texans, Colts, Titans, Buccaneers and Chargers in that stretch.

In the loss to LA, Jacksonville’s Gardner Minshew put up 162 yards and a TD, while Leonard Fournette rushed for 50 yards. DJ Clark had 75 yards on nine receptions there as well.

Over on the Raiders’ side, they’re 6-7 so far. Last month Oakland had a three-game win streak going but they’ve lost their last trio to the Jets, Chiefs and Titans since then.

In the loss to the Titans, Oakland QB Derek Carr posted 263 yards and two TDs, and DeAndre Washington had 53 yards with a TD rushing. Darren Walker caught six balls there for 73 yards.

Jacksonville just got drilled by a mediocre-at-best Chargers team, and that also means the Jaguars have scored 20 or fewer points in each of their last five games. The wins have come against bad teams, and the losses are pretty awful.

In any case, the Jags will go to Oakland to face a Raiders team that’s been equally bad lately, so there’s not a lot of intrigue here unless you’re plotting out draft pick order. The Raiders offense has been pretty abysmal lately but they should have the goods to get it done here. I’m going Oakland.