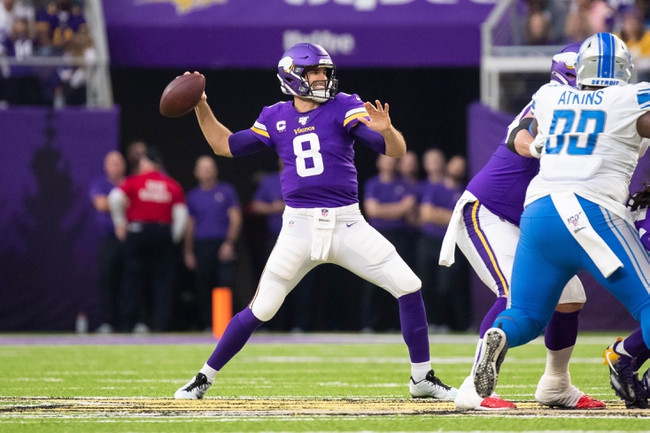 The Minnesota Vikings and the Los Angeles Chargers meet in week 15 NFL action from the StubHub Center on Sunday afternoon.

The Minnesota Vikings will look to build on a 20-7 win over Detroit in their last outing. Kirk Cousins has threw for 242 yards and a touchdown on 24 of 30 passing while Dalvin Cook led the Vikings in rushing with 62 yards and a touchdown and Alexander Mattison added 46 rushing yards as well in the win. Stefon Diggs led Minnesota with 6 grabs for 92 yards while Bisi Johnson had a touchdown grab as well. Defensively, Andrew Sendejo and Harrison Smith each had an interception while Trae Waynes and Danielle Hunter each had a team-high 8 total tackles with Waynes logging 8 solo tackles while Hunter had 3 sacks. As a team, Minnesota is averaging 374.8 yards of total offense and 26.1 points per game while allowing 338.5 yards of total defense and 19.2 points per game against this season.

The Los Angeles Chargers will look to build on a 45-10 win over the Jacksonville Jaguars in their last outing. Philip Rivers threw for 314 yards and 3 touchdowns on 16 of 22 passing while Tyrod Taylor threw for 26 yards and a TD on 3 of 5 passing. Austin Ekeler had 101 rushing yards while Melvin Gordon rushed for 55 yards and a touchdown and Derek Watt added a rushing score as well. Ekeler led the Chargers in receiving with 112 receiving yards and a touchdown while Keenan Allen had 5 grabs for 83 yards. Mike Williams, Hunter Henry and Virgil Green each had a touchdown reception as well. Defensively, Drue Tranquill led the Chargers with 8 total tackles while Joey Bosa had a pair of sacks and 3 tackles for a loss. As a team, Los Angeles is averaging 375.7 yards of total offense and 22.2 points per game while allowing 304.8 yards of total defense and 19.3 points per game against this season.

Something feels off about this line to me, as you have a Chargers team that’s dead in the water, against a Minnesota team, that granted isn’t great on the road but still in the thick of the playoff hunt, in nearly a pick em. I just don’t see it. If this line is a trap, I’m biting. Philip Rivers just looks done for this year outside of what happened last week and maybe even more, while the Vikings just have too much to play for to take this one lightly. I’ll lay the points with Minnesota in this spot.