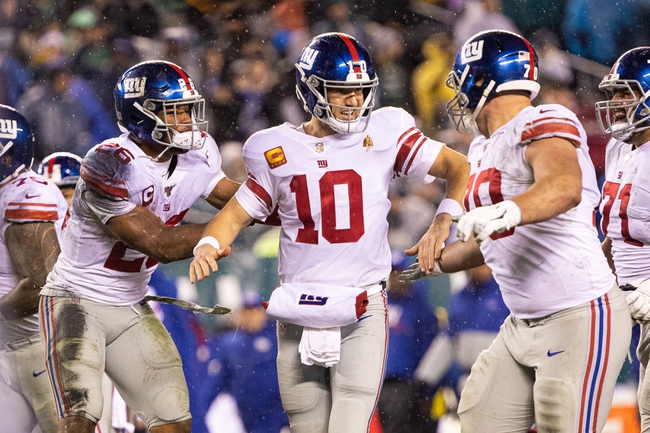 The Miami Dolphins and the New York Giants meet in NFL action from MetLife Stadium on Sunday.

Miami enters this one at 3-10 overall. The Dolphins are 1-3 in their last four games, beating the Eagles but otherwise falling to the Bills, Browns and Jets in that stretch.

In the loss to the Jets, Miami QB Ryan Fitzpatrick put up 245 yards and an INT, and Isaiah Ford had 92 yards on six grabs. Fitzpatrick also led the rush with 65 yards on seven carries there.

Over on the Giants’ side they’re 2-11 overall. New York has lost their last nine straight games, falling to the Vikings, Patriots, Cardinals, Lions, Cowboys, Jets, Bears, Packers and Eagles.

In the OT loss to the Eagles, New York’s Eli Manning put up 203 yards and two TDs, and Saquon Barkley rushed for 66 yards. Darius Slayton added 154 yards and two TDs off five receptions there.

Every so often, Miami will put together a decent game. They looked solid against the Eagles and had a late lead against the Jets (neither of those teams is of much consequence, but still). Since the Giants are also in that “tanking” ballpark, this should be another close one.

Then there’s New York, who has had a few close games over their last four and for the most part has stayed in games. I like Miami’s ability to score a little better here so I’m taking the Dolphins on the cover, but it’s probably one to stay away from.