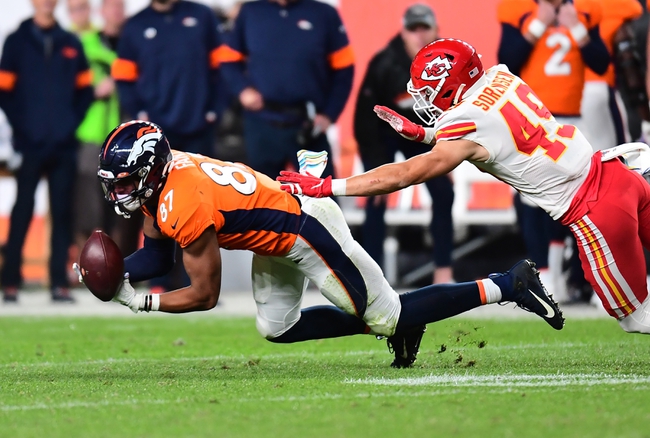 The Denver Broncos and the Kansas City Chiefs meet in NFL action from Arrowhead Stadium on Sunday.

The Broncos come in at 5-8 on the year. Denver had a two-game losing skid going against the Vikings and Bills, but they’ve won their last two versus the Chargers and Texans.

In the win over the Texans, Denver’s Drew Lock threw for 309 yards, three TDs and one INT. Phillip Lindsay rushed for 51 yards and a score, and Noah Fant had 113 yards and a TD off four grabs.

Over on the Chiefs’ side, they’re 9-4 this year. Kansas City sits on a three-game winning streak right now, taking out the Chargers, Raiders and Patriots during that time.

In the wild win over the Patriots, Chiefs QB Patrick Mahomes put up 283 yards, a TD and an INT, and LeSean McCoy rushed for 39 yards. Travis Kelce added 66 yards on seven receptions there as well.

Denver came out and played a great game against the Texans, jumping out to a 31-3 lead at halftime. The Broncos have now scored at least 23 points in four of their last five games and are looking better than they have all year.

That said, the Chiefs have fulfilled some of their early-season expectations over these last few games, and they seem to be building momentum heading toward the postseason. I’m going to stick with Kansas City in this one for the cover. 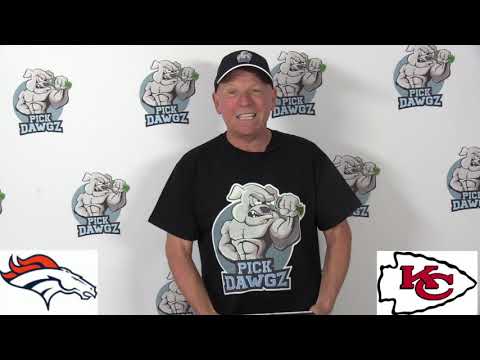