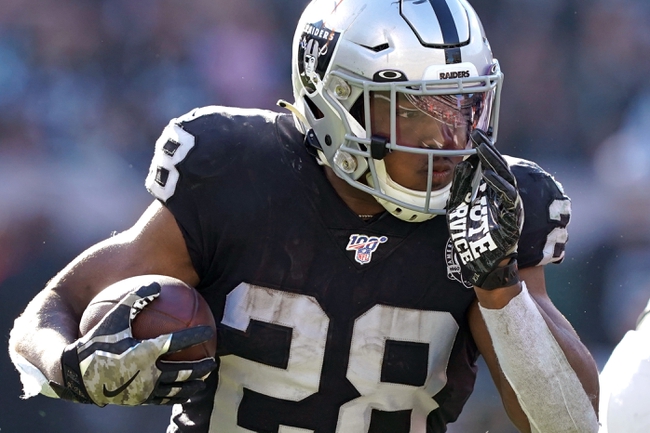 The Oakland Raiders need a win here to snap a three-game losing streak. The Oakland Raiders have won three of their last four home games. Derek Carr is completing 70.8 percent of his passes for 3,105 yards, 18 touchdowns and eight interceptions. Carr has one or less touchdown passes in 11 of his last 19 games. Darren Waller and Tyrell Williams have combined for 1,423 receiving yards and eight touchdowns while Hunter Renfrow has 36 receptions. The Oakland Raiders ground game is averaging 120.7 yards per contest, and Josh Jacobs leads the way with 1,061 yards and seven touchdowns. Defensively, Oakland is allowing 28.2 points and 376.4 yards per game. Tahir Whitehead leads the Oakland Raiders with 92 tackles, Maxx Crosby has 7.5 sacks and Erik Harris has three interceptions.

The Jacksonville Jaguars are getting thumped left and right, and they're averaging just 11.4 points during their five-game losing streak. The Oakland Raiders haven't looked good in their own right during their three-game losing streak and the defense has given up a combined 116 points. With that said, the Raiders have been the better and more consistent team this season, and this will be the last game at the RingCentral Coliseum. You can expect the Raiders to put on a show and look to end this era on a high note. I'll take the Raiders by a touchdown in their last home game before leaving for Las Vegas.