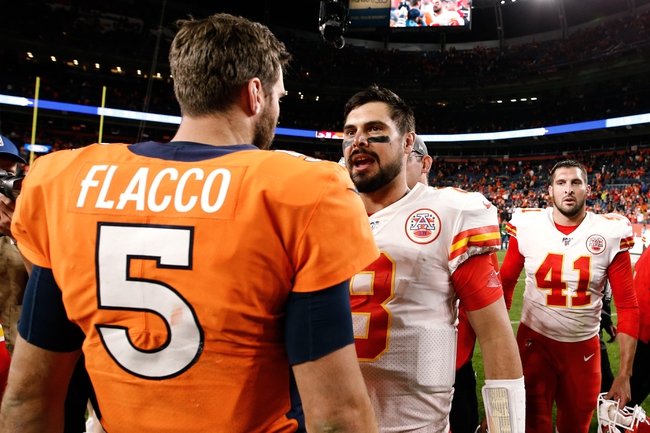 The Denver Broncos look for a win after splitting their last 10 games. The Denver Broncos have lost four of their last six road games. Drew Lock is completing 72.7 percent of his passes for 443 yards, five touchdowns and two interceptions. Lock enters this game with 55 career pass attempts. Courtland Sutton and Noah Fant have combined for 1,432 receiving yards and nine touchdowns while Emmanuel Sanders has 30 receptions. The Denver Broncos ground game is averaging 106.9 yards per contest, and Phillip Lindsay leads the way with 817 yards and six touchdowns. Defensively, Denver is allowing 20.1 points and 331.2 yards per game. Todd Davis leads the Denver Broncos with 103 tackles, Derek Wolfe has seven sacks and Justin Simmons has three interceptions.

The Denver Broncos don't have much to play for these days, but they just beat the Houston Texans as double-digit underdogs and have a quarterback in Lock who looks like he could be the future of this franchise. The Kansas City Chiefs are in a bit of a letdown spot after beating the New England Patriots on the road last week. I'm not feeling this number, so I'm leaning toward the over. The over has hit in four of the Broncos last five games and five of the Chiefs last seven games. With two quarterbacks who let it fly, we should see an offense explosion.