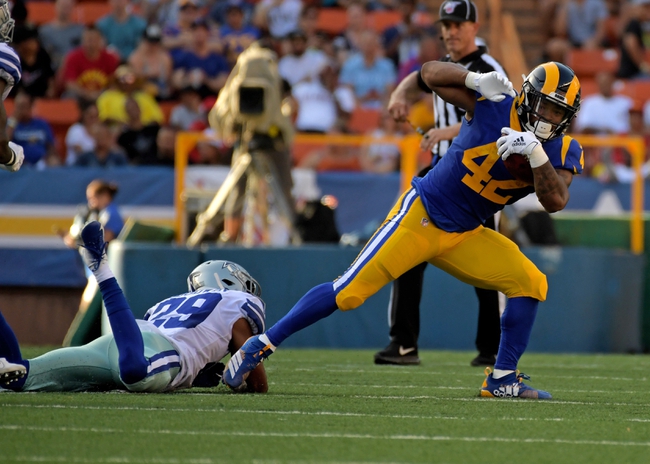 The Dallas Cowboys need a win after losing four of their last five games. The Dallas Cowboys have lost three of their last four home games. Dak Prescott is completing 65.5 percent of his passes for 4,122 yards, 24 touchdowns and 11 interceptions. Prescott has three or more touchdown passes in seven of his last 17 games. Amari Cooper and Michael Gallup have combined for 1,959 receiving yards and 11 touchdowns while Randall Cobb has 44 receptions. The Dallas Cowboys ground game is averaging 124.1 yards per contest, and Ezekiel Elliott leads the way with 1,071 yards and nine touchdowns. Defensively, Dallas is allowing 20.5 points and 326.2 yards per game. Jaylon Smith leads the Dallas Cowboys with 120 tackles, Robert Quinn has 9.5 sacks and Xavier Woods has two interceptions.

The Los Angeles Rams turned some heads with a dominating performance against the Seattle Seahawks, the type of showing that convinces you maybe they've figured things out when added to their recent wins over lesser teams. The Dallas Cowboys are a complete mess and there's only so many times you can say it's a must-win game so there's value in backing them. I want nothing to do with the Cowboys, as nothing has changed with their play over the last two months. Nothing. The whole Cowboys franchise is a joke and nobody should be shocked when this thing continues to spiral out of control. Give me the hotter and better prepared team in the Los Angeles Rams.