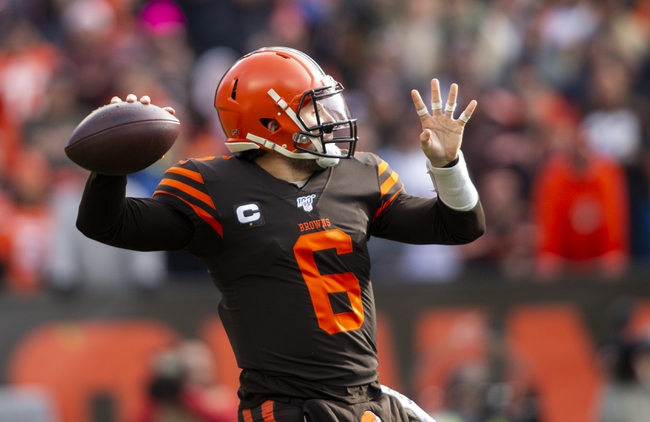 The Cleveland Browns and the Arizona Cardinals meet in NFL action from University of Phoenix Stadium on Sunday.

The Browns come in here at 6-7 overall. Cleveland is 4-1 in their last five games, falling to the Steelers but otherwise beating the Bills, Steelers, Dolphins and Bengals.

In the win over the Bengals, Cleveland’s Baker Mayfield had 192 yards and two INTs, and Nick Chubb added 106 rush yards. Jarvis Landry was tops in receiving there with 76 yards from four grabs.

Over on the Arizona side, they’re 3-9-1 overall. The Cardinals have lost their last six straight games, dropping to the Saints, 49ers, Bucs, 49ers again, Rams and Steelers in that time.

In the loss to the Steelers, Arizona’s Kyler Murray had 194 yards with two TDs and three INTs, and Kenyan Drake led the rush with 37 yards. Christian Kirk added 85 yards from eight catches in that one as well.

Cleveland had some early trouble shaking off the Bengals, but ultimately they’d finish with an eight-point win to keep their decent late season going. The Browns have a few good wins over decent teams lately (Steelers, Bills, etc.) but they’re too far behind at this point to do much of anything playoffs-wise, especially with the Ravens coming next week.

In any case, the flailing Cardinals should be a good matchup here, and I don’t see Arizona winning or getting all that close, even at home. I’m going Browns.