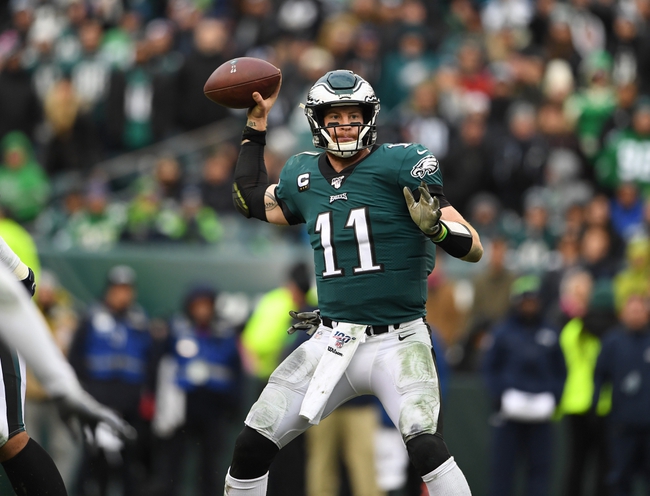 The New York Giants and the Philadelphia Eagles meet in NFL action from Lincoln Financial Field on Monday.

The Giants sit at 2-10 on the year. New York has lost eight straight versus the Vikings, Patriots, Cardinals, Lions, Cowboys, Jets, Bears and Packers.

In the loss to the Packers, New York QB Daniel Jones posted 240 yards, one TD and three INTs, and Saquon Barkley had 83 rush yards. Kaden Smith led the receivers there on 70 yards from six grabs.

In the loss to the Dolphins, Philly’s Carson Wentz posted 310 yards with three scores and one INT, while Miles Sanders rushed for 83 yards. Alshon Jeffery led the receivers with 137 yards and a score off nine catches.

New York’s offense has bogged itself down during this losing streak. The Giants have managed more than 18 points just three times in those eight games, and they’re routinely giving up 30-plus points totals on the other side.

As for the Eagles, they’ve been pretty tough to watch over their last three, and Philly is desperately in need of a win to keep their divisional hopes alive. I think they’ll get a big one here, so I like the Eagles here on the cover.