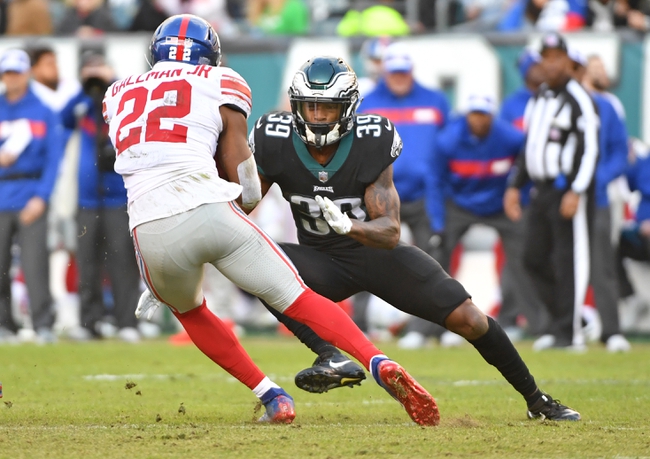 The New York Giants look to play spoiler while snapping an eight-game losing streak. The New York Giants have lost four straight road games. Daniel Jones is completing 61.6 percent of his passes for 2,374 yards, 18 touchdowns and 11 interceptions. Jones enters this game with 370 career pass attempts under his belt. Darius Slayton and Evan Engram have combined for 972 receiving yards and eight touchdowns while Golden Tate has 36 receptions. The New York Giants ground game is averaging 95.5 yards per contest, and Saquon Barkley leads the way with 544 yards and two touchdowns. Defensively, New York is allowing 28.3 points and 372.8 yards per game. Antoine Bethea leads the New York Giants with 80 tackles, Markus Golden has 7.5 sacks and Janoris Jenkins has four interceptions.

The New York Giants aren't winning games and have plenty of reasons to fade them, but they've been covering machines on the road dating back to last season and four of their last six losses have been decided by single digits. The Philadelphia Eagles just lost to the Miami Dolphins as double-digit favorites and the offense has been held to 10 or less points in three of their last six games. On paper the Eagles should win this game comfortably and have every reason to with their playoff hopes on the line, but laying this many points with them isn't an option regardless of opponent. It's the New York Giants and the points or pass for me.