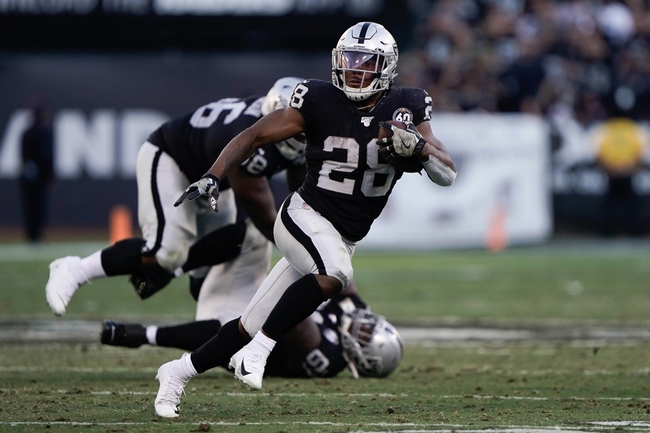 The Oakland Raiders need a win here to get a game above a .500 record and stay in the playoff race. The Oakland Raiders have won their last three home games. Derek Carr is completing 70.6 percent of his passes for 2,843 yards, 16 touchdowns and eight interceptions. Carr has one or less touchdown passes in 11 of his last 18 games. Darren Waller and Tyrell Williams have combined for 1,296 receiving yards and eight touchdowns while Hunter Renfrow has 36 receptions. The Oakland Raiders ground game is averaging 122.7 yards per contest, and Josh Jacobs leads the way with 1,061 yards and seven touchdowns. Defensively, Oakland is allowing 27 points and 361.8 yards per game. Tahir Whitehead leads the Oakland Raiders with 81 tackles, Maxx Crosby has 7.5 sacks and Erik Harris has three interceptions.

We've made a lot of money on the Tennessee Titans this season and they're quietly one of the hotter teams in the league. The question is how long can Tannehill and company keep this up? We've seen him show flashes and win games in Miami, and there's a point where it comes to an end and the real Tannehill appears. The Oakland Raiders haven't looked good the last two weeks, but they're back at home where they've won three straight and their playoff hopes are on the line here. This feels like a good spot to back the underdog Raiders with everybody jumping off the train.