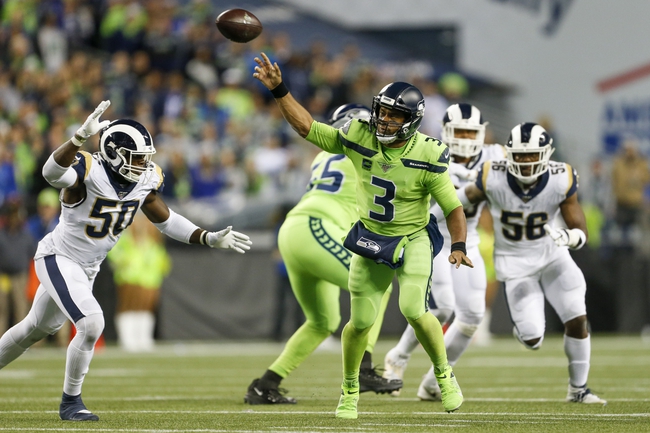 The Los Angeles Rams will be looking to build on a 34-7 win over Arizona last time out. Jared Goff threw for 424 yards and 2 touchdowns on 32 of 43 passing while Todd Gurley II rushed for 95 yards and a touchdown. Robert Woods led L.A. in receiving with 13 catches for 172 yards while Tyler Higbee had 7 grabs for 107 yards and a TD and Cooper Kupp added 6 grabs for 65 yards and a touchdown as well. Defensively, Taylor Rapp had a 31-yard pick-six while Cory Littleton had a team-high 8 total tackles including 6 solo tackles and Aaron Donald added 1.5 sacks in the win. As a team, Los Angeles is averaging 23.6 points per game and 369.6 yards of total offense while allowing 20.8 points per game against and 327 yards of total defense this season.

It’s no secret that the Seahawks have been involved in a lot of close games this season, as 10 of their 12 games have been decided by 8 points or less. However, like Russell Wilson said, maybe the Seahawks just have the “clutch gene” and know how to handle close games. The nice thing about this line is that it’s a pick ‘em, and it doesn’t hurt that Seattle is 6-0 SU on the road and with the line we just have to pick a winner. I don’t like what I’ve seen from the Rams for much of the season, and in this scenario, I think that Seattle comes in and takes care of business so I’ll side with the Seahawks on the road here.