The Tennessee Titans and the Oakland Raiders meet in NFL action from O.co Coliseum on Sunday.

Tennessee enters at 7-5 on the year. The Titans have won their last three straight games, beating Kansas City 35-32, Jacksonville 42-20 and Indianapolis 31-17 in that time.

In the win over the Colts, Tennessee’s Ryan Tannehill passed for 182 yards and two TDs, and Derrick Henry rushed for 149 yards and a TD. AJ Brown added 45 yards from three catches there also.

Over on the Raiders’ side, they’re 6-6 so far. Following three straight wins over the Lions, Chargers and Bengals, Oakland has lost their last pair versus the Jets and Chiefs.

In the loss to KC, Oakland quarterback Derek Carr posted 222 yards, one TD and two INTs, and Joshua Jacobs had 104 rush yards. Darren Waller led the receivers with 100 yards on seven catches there.

Tennessee has come on strong over their last half-dozen games, going on a 5-1 run there and rejuvenating their flailing offense. The Titans have now put up at least 20 points in each of their last six outings.

As for Oakland, they’ve been flat-out embarrassed over their last two games and really need a definitive victory here to quiet the doubters. I don’t think the Raiders will get that against a hot Titans squad, so I’m going Tennessee on the cover here. 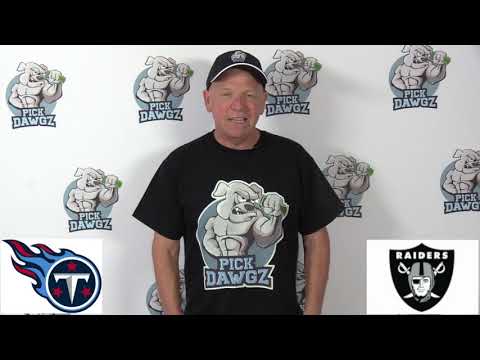