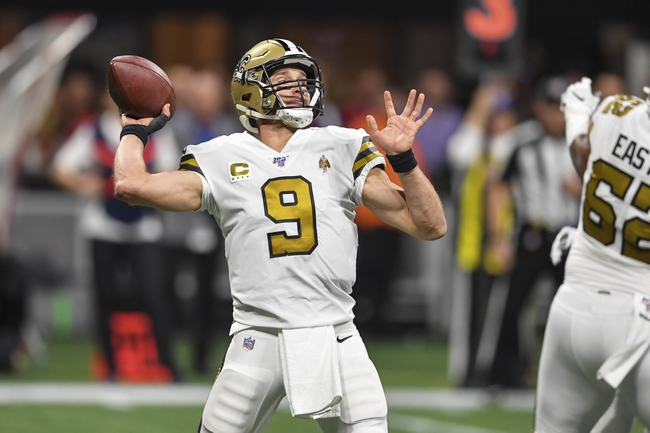 The San Francisco 49ers and the New Orleans Saints meet in a marquee NFL matchup in week 14 action from Mercedes-Benz Superdome on Sunday afternoon.

The San Francisco 49ers will look to bounce back after a 20-17 loss to Baltimore for just their 2nd loss of the season. Jimmy Garoppolo threw for 165 yards and a touchdown on 15 of 21 passing while Raheem Mostert rushed for 146 yards and a touchdown on 19 carries. Kendrick Bourne led the 49ers with 3 grabs for 42 yards while Deebo Samuel and Emmanuel Sanders each had 41 receiving yards, with Samuel logging a touchdown while Sanders had a team-high 4 receptions. Defensively, Marcell Harris had a fumble recovery and Fred Warner had a team-high 11 total tackles with a team-high 8 solo tackles and DeForest Buckner added a sack. As a team, San Francisco is averaging 378 yards of total offense and 29.1 points per game while allowing the fewest yardage against per game and 2nd-fewest points against per game, giving up 250.9 yards and 15.2 points per game against this season.

The New Orleans Saints will look to build on their three game winning streak and wins in 9 of their last 10 games after a 26-18 win over Atlanta last time out. Drew Brees threw for 184 yards and a touchdown on 18 of 30 passing while Alvin Kamara rushed for 61 yards and Taysom Hill had 33 rushing yards and a touchdown. Jared Cook led the Saints in receiving with 85 receiving yards while Michael Thomas had a team-high 6 catches for 48 receiving yards and Taysom Hill added a touchdown grab. Defensively, Vonn Bell had an interception while C.J. Gardner-Johnson each had an interception. Eli Apple and Marshon Lattimore each had a team-high 9 total tackles while Cameron Jordan had a team-high 4 sacks and Marcus Davenport added a pair of sacks as well. As a team, New Orleans is averaging 361.4 yards of total offense and 24.8 points per game while allowing 323.5 yards of total defense and 20.7 points per game against this season.

Getting points with the Niners is tempting, but this was kind of what I envisioned happening with the Niners down the stretch as their second half of the year is a complete 180 of the easy schedule they had in the first half. Now, the 49ers have to go from a tough road environment in Baltimore to an equally tough Mercedes-Benz Superdome in New Orleans to face a red-hot Saints team that’s had a couple extra days of rest after playing on thanksgiving and have won 9 of their last 10 games. I think the Saints are more than capable of winning this by a field goal so I’ll lay the points with New Orleans as the Saints take control of the driver’s seat for home field in the NFC.