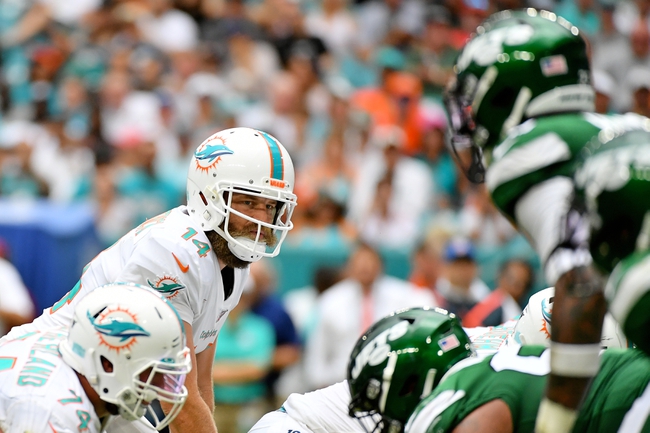 The Miami Dolphins and the New York Jets meet in NFL action from MetLife Stadium on Sunday.

The Dolphins enter this one at 3-9 on the year. Miami is 3-2 over their last five games, with losses to the Bills and Browns alongside wins over the Jets, Colts and Eagles.

In the win over the Eagles, Dolphins QB Ryan Fitzpatrick posted 365 yards with three scores and an INT. Albert Wilson rushed twice for 31 yards and DeVante Parker posted 159 yards and two scores off seven grabs.

Over on the Jets’ side, they’re 4-8 so far. New York had a three-game win streak going versus the Giants, Redskins and Raiders before falling 22-6 to the Bengals in their last outing.
In the loss to the Bengals, New York’s Sam Darnold threw for 239 yards and Le’Veon Bell had 32 rush yards. Robby Anderson led the receivers on 101 yards from seven catches.

Miami has been pretty bad, but not really as bad as a lot of people think. Sure, the Dolphins have been blown out several times this year, but they’ve also been competitive in a lot of games—especially against bad opponents.

Speaking of bad opponents, here we have the Jets coming off a lousy six points against the decrepit Bengals. New York should score better here, but I don’t think they’ve got the goods to win by more than a field goal or so. I’m going to stick with Miami on the cover.