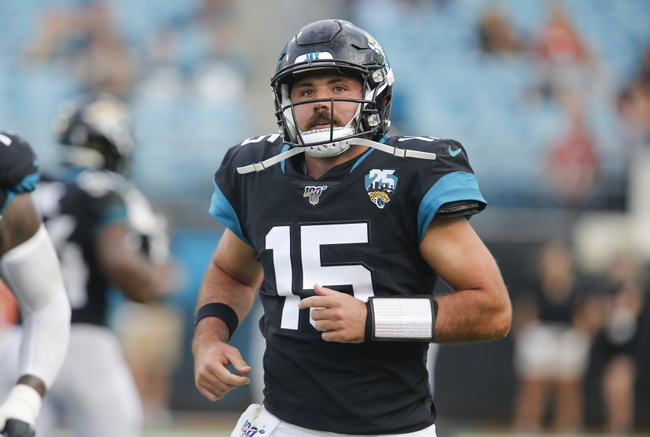 The Los Angeles Chargers and the Jacksonville Jaguars meet in NFL action from EverBank Field on Sunday.

In the loss to Denver, Chargers QB Philip Rivers posted 265 yards, two TDs and an INT, and Melvin Gordon had 99 yards rushing. Mike Williams added 117 yards off five receptions there as well.

Over on the Jaguars’ side, they’re 4-8 this year as well. Jacksonville is on a four-game losing streak themselves, dropping to the Texans, Colts, Titans and Buccaneers in that time.

In the loss to Tampa Bay, Jacksonville’s Gardner Minshew posted 147 yards, a TD and a pick, and Leonard Fournette rushed for 38 yards. Dede Westbrook was tops receiving with 60 yards and a score from five catches there.

The Chargers’ record doesn’t look all that great these days, and it’s mostly because LA can’t close out games. Seven of the Chargers’ last eight outings have been decided by a score or less, and they’re just 2-6 during that stretch.

Conversely, the Jaguars have been blown out in each of their last four games, and haven’t surpassed 20 points during that time. I don’t really like the Chargers these days either, but I’m going to stick with LA on the cover here.