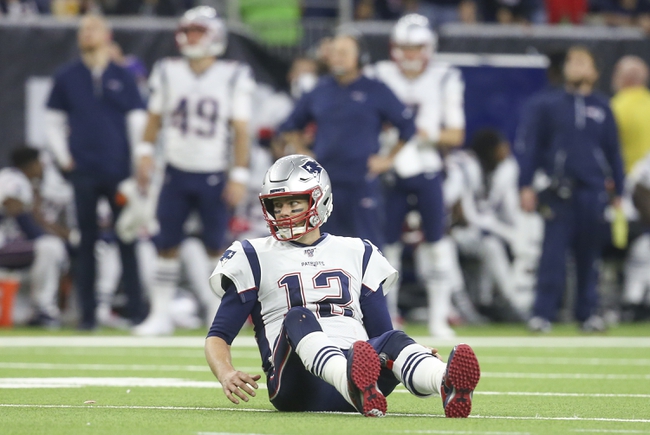 The Kansas City Chiefs and the New England Patriots meet in NFL action from Gillette Stadium on Sunday.

The Chiefs sit at 8-4 on the year. Kansas City is 3-1 over their last four games, with a loss to the Titans alongside wins over the Vikings, Chargers and Raiders in that stretch.

In the win over Oakland, Kansas City QB Patrick Mahomes posted 175 yards and a TD, and Darwin Thompson added 44 yards with a TD. Travis Kelce put up 90 yards on five receptions there as well.

Over on the Patriots’ side, they’re 10-2 so far. New England is just 2-2 in their last four games, with wins over the Eagles and Cowboys alongside losses to the Ravens and Texans.

In the loss to Houston, Patriots QB Tom Brady put up 326 yards, three TDs and an INT, and James White had 79 rush yards. Julian Edelman managed 106 yards and a TD from six catches there.

With Kansas City taking a couple of bad losses this year the luster isn’t quite as shiny on this matchup, but it’s still one of the best-looking games of the weekend. The Chiefs have posted at least 24 points in each of their last seven games and should be able to compete pretty well here.

As for New England, they’ve found themselves in a lot of close games this season. Though the Pats are still destroying bad teams (Jets) they have their hands full with the upper tier of the league (Ravens).

In any case, I like Kansas City to make a game of this, but the line seems a little thin for a Patriots home game. I’m going New England.