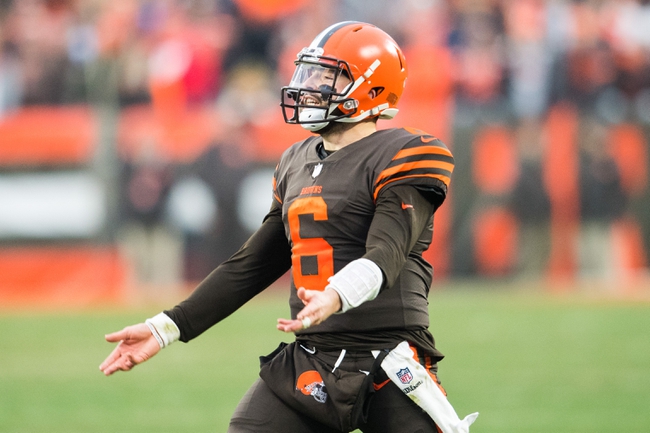 The Cincinnati Bengals and the Cleveland Browns meet in NFL action from FirstEnergy Stadium on Sunday.

The Bengals sit at 1-11 overall on the year. Cincinnati got their first victory of the season this past weekend, when they dispatched the Jets in a 22-6 win at home.

In the victory over New York, Cincinnati QB Andy Dalton tossed for 243 yards with a TD and Joe Mixon rushed for 44 yards and a score. Auden Tate led the receivers there with 66 yards on four catches.

Over on the Browns’ side, they’re 5-7 this year. Cleveland was on a three-game win streak over the Bills, Steelers and Dolphins before they fell to the Steelers at Heinz on Sunday.

In the loss to Pittsburgh, Cleveland QB Baker Mayfield had 196 yards with a TD and an INT, and Nick Chubb added 58 yards rushing. Jarvis Landry was the top receiver there with 76 yards on six grabs.

Well, at least we can say the Bengals won’t go 0-16 this year. In all fairness though, that was a solid win for Cincinnati against a Jets team that was on a pretty good roll after an awful start of their own. New York really couldn’t do much of anything against the Bengals defense.

Then there’s Cleveland, who had their three-game win streak stifled by the rival Steelers. I like Cleveland to bounce back here—and for the Bengals to come back to earth. I’m going Browns.