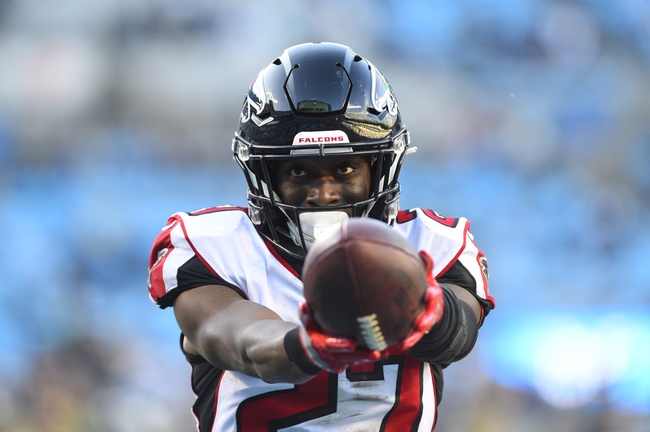 The Atlanta Falcons look for a win after splitting their last four games. The Atlanta Falcons have lost five straight home games. Matt Ryan is completing 67.3 percent of his passes for 3,246 yards, 20 touchdowns and 12 interceptions. Ryan has two or more touchdown passes in seven of his last 11 games. Julio Jones and Calvin Ridley have combined for 1,740 receiving yards and 10 touchdowns while Austin Hooper has 56 receptions. The Atlanta Falcons ground game is averaging 74.3 yards per contest, and Devonta Freeman leads the way with 422 yards on 124 carries. Defensively, Atlanta is allowing 26.9 points and 368.2 yards per game. De’Vondre Campbell leads the Atlanta Falcons with 99 tackles, Grady Jarrett has 5.5 sacks and Desmond Trufant has four interceptions.

I'm not trying to lay points with either of these disappointing teams that don't even have a reason to win at this point, as a higher draft pick should be the goal now. With that said, the Atlanta Falcons are usually a good team at home and they're expected to get some key guys back for this game, including Julio Jones. The Carolina Panthers are seeing their defense fall apart a little bit and I don't like how their offense relies so much on one guy. The Panthers also fired a likable coach, which could have a negative impact on that locker room. There's better games on the card, but it's Falcons or pass for me.