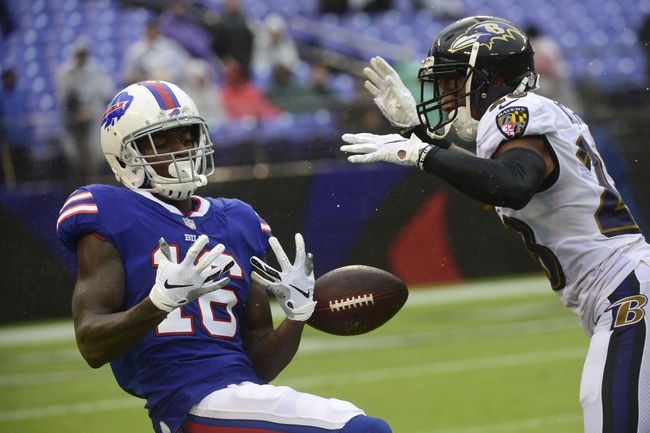 The Buffalo Bills look for a statement win after winning six of their last eight games. The Buffalo Bills have won three of their last four home games. Josh Allen is completing 61.5 percent of his passes for 2,591 yards, 16 touchdowns and eight interceptions. Allen has one or less touchdown passes in 16 of his last 23 games. John Brown and Cole Beasley have combined for 1,517 receiving yards and 10 touchdowns while Dawson Knox has 25 receptions. The Buffalo Bills ground game is averaging 137.9 yards per contest, and Devin Singletary leads the way with 553 yards and two touchdowns. Defensively, Buffalo is allowing 15.7 points and 300.1 yards per game. Tremaine Edmunds leads the Buffalo Bills with 90 tackles, Jordan Phillips has 7.5 sacks and Tre'Davious White has four interceptions.

The Baltimore Ravens are 4-1-1 ATS in their last six games as a road favorite. The Buffalo Bills are 3-5 ATS in their last eight games as a home underdog. The Baltimore Ravens continue to beat teams up in the trenches, have shown they can win on the road and have planted their flag as the best team in football. The Buffalo Bills have had extra time to prepare for this game and games in Buffalo in December can be downright awful for visiting teams that aren't used to snow, wind and freezing temperatures. The Buffalo Bills have also earned the title as the most underrated team in the league, as nobody talks about them, and yet they continue to win and cover. I was expecting this line to be in the three point range, but this is too many points to pass up with the Bills at home. I'll take the home dog.