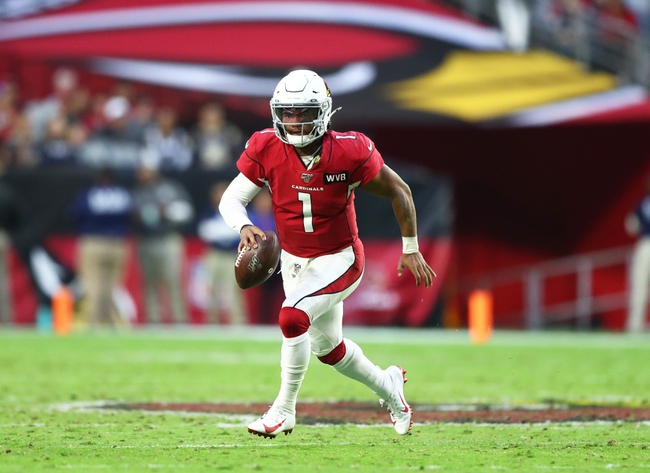 The Pittsburgh Steelers and the Arizona Cardinals meet in week 14 NFL action from State Farm Stadium on Sunday afternoon.

The Pittsburgh Steelers will look to build on back-to-back wins after a 20-13 win over Cleveland last time out. Devlin Hodges threw for 212 yards, a touchdown and an interception on 14 of 21 passing while Benny Snell Jr. led the Steelers in rushing with 63 rushing yards and a touchdown and Jaylen Samuels had 32 rushing yards. James Washington led Pittsburgh with 4 catches for 111 yards as well in the victory. Defensively, Cameron Heyward had a fumble recovery while Joe Haden had an interception and Devin Bush had a team-high 7 total tackles. Bud Dupree also chipped in 1.5 sacks and 1.5 tackles for loss in the victory.  As a team, Pittsburgh is averaging 291.3 yards of total offense and 19.7 points per game while allowing 317.2 yards of total defense and 18.8 points per game against this season.

The Arizona Cardinals will be looking to snap a five game losing streak after a 34-7 loss to the Los Angeles Rams in their last outing. Kyler Murray threw for 163 yards and a pick on 19 of 34 passing while also rushing for a touchdown while Kenyan Drake led the Cardinals with 31 rushing yards on 13 carries. Larry Fitzgerald led the Cardinals’ receiving corps with 6 catches for 56 yards while Charles Clay had 29 receiving yards and Pharoh Cooper added 4 grabs for 26 yards. Defensively, Budda Baker led the Cardinals with 12 total tackles including a team-high 9 solo tackles. As a team, Arizona is averaging 331.8 yards of total offense and 21.2 points per game while allowing 426.3 yards of total defense and 29.2 points per game against this season.

I get Pittsburgh being favored here as the Steelers are in need of wins to keep their playoff push alive, but this line has already dropped three points with a lot of the public on Pittsburgh here. Say what you want about the Cardinals, but they’re a young team that can hang around and have been in a lot of close games, with 7 of their 12 games being decided by 6 points or less. The Cardinals went toe to toe with the Ravens in Baltimore and narrowly missed the upset against San Francisco at home. I just think there might be something to this line movement, so I’ll take Arizona and the points here.