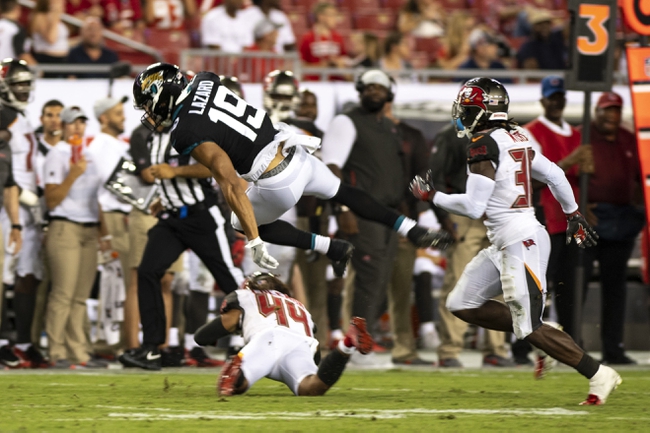 The Tampa Bay Buccaneers are 4-10 ATS in their last 14 games as a road favorite. The Jacksonville Jaguars are 4-2-1 ATS in their last seven games as a home underdog. The Tampa Bay Buccaneers have put together some solid performances over the last five weeks and could easily be a wild card team if some of these close games went their way. However, there's reasons why the Bucs can't win consistently and they actually haven't won back-to-back games since week 12-13 of last season. The Jacksonville Jaguars will play their first home game in over a month and are the physical type of team that could force Winston into mistakes. I just can't lay chalk with the Bucs on the road. Give me the Jags and the free points.