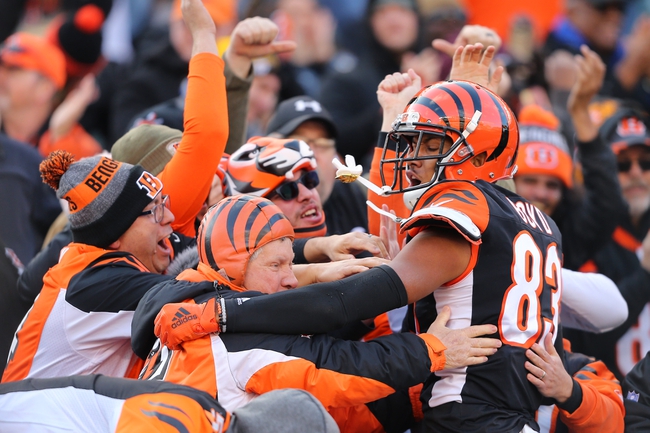 The New York Jets look for another win after splitting their last eight games. The New York Jets have lost four of their last five road games. Sam Darnold is completing 63.9 percent of his passes for 1,915 yards, 13 touchdowns and 10 interceptions. Darnold has 15 touchdown passes in his last 10 games. Jamison Crowder and Robby Anderson have combined for 1,025 receiving yards and six touchdowns while Demaryius Thomas has 31 receptions. The New York Jets ground game is averaging 73.5 yards per contest, and Le’Veon Bell leads the way with 557 yards and three touchdowns. Defensively, New York is allowing 23.5 points and 321.1 yards per game. Jamal Adams leads the New York Jets with 63 tackles, Jordan Jenkins has five sacks and Neville Hewitt has two interceptions.

The New York Jets are 3-5-1 ATS in their last nine games as a road favorite. The Cincinnati Bengals are 0-4-1 ATS in their last five games as home underdog. I don't want to lay chalk with the Jets as much as you do, but they've won three straight games and Darnold is experiencing possibly the best stretch of his young career. If you're taking the free field goal with the Cincinnati Bengals, you're basically saying there's a good chance they win this game, and I don't see it given their play through 11 games and the fact there's no reason to win with the top pick in the NFL draft all but wrapped up. I'll pinch my nose and take the Jets and the chalk, but there's better options on the board.