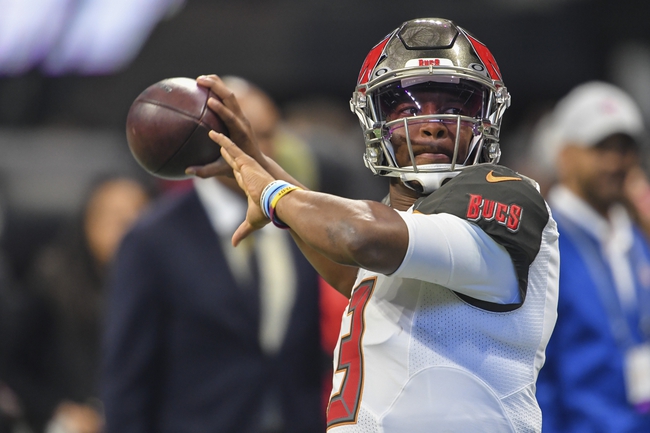 The Tampa Bay Buccaneers and the Jacksonville Jaguars meet in NFL action from TIAA Bank Field on Sunday afternoon.

The Tampa Bay Buccaneers come into this game looking to build on a 35-22 win over Atlanta last time out. Jameis Winston threw for 313 yards, 3 touchdowns and 2 interceptions on 18 of 28 passing while Ronald Jones II led the Bucs on the ground with 51 rushing yards and a touchdown. Chris Godwin led Tampa Bay’s receiving group with 7 catches for 184 yards and 2 touchdowns while Mike Evans had 4 grabs for 50 yards. Defensively, Ndamukong Suh recovered a fumble while Devin White logged a pair of sacks and Sean Murphy-Bunting led the Bucs with 9 total tackles, including a team-high 7 solo tackles. Carlton Davis also recorded an interception for Tampa Bay in the win. As a team, Tampa Bay is averaging 386.4 yards of total offense and 28.4 points per game while allowing 368.6 yards of total defense and 30.5 points per game against this season.

The Jacksonville Jaguars will be out to snap a three game losing streak after a 42-20 loss to Tennessee last time out. Nick Foles threw for 272 yards on 32 of 48 passing while Leonard Fournette led Jacksonville’s ground attack with 97 rushing yards and a pair of touchdowns on 24 carries. Dede Westbrook led the Jags with 69 receiving yards on 8 receptions while Fournette had a team-high 9 catches out of the backfield for 62 yards. Defensively, Abry Jones and Yannick Ngakoue each had a fumble recovery while Myles Jack led the Jags with 7 total tackles. As a team, Jacksonville is averaging 370.1 yards of total offense and 19 points per game while allowing 364.5 yards of total defense and 24 points per game against this season.

I’m probably not going anywhere near this game as you have two teams that just struggle to put consistent results together. However, for the sake of a pick, even though the defense can be sketchy, I trust Tampa Bay a lot more on offense than I do Jacksonville, even if Winston has a tendency to make bad decisions throwing the football. I’ll take the free point with Tampa Bay as I just don’t have a clue what to expect from Jacksonville anymore.