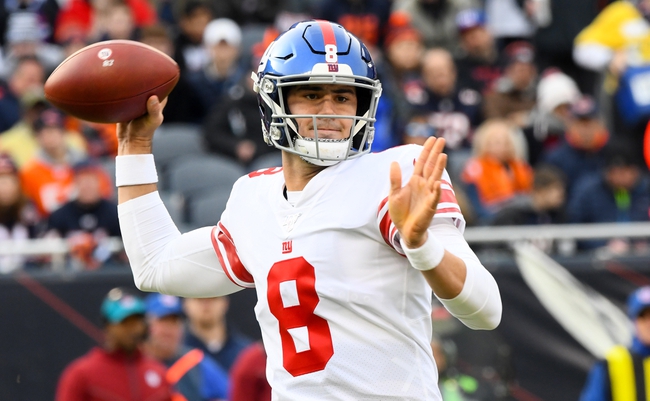 The Green Bay Packers and the New York Giants meet in NFL action from MetLife Stadium on Sunday.

In the blowout loss to the Niners, Green Bay QB Aaron Rodgers posted 104 yards and a TD, and Jamaal Williams managed 45 yards. Davante Adams had 43 yards and a TD from seven receptions there.

Over on the Giants’ side, they’re 2-9 so far. New York is sitting on a seven-game losing streak, falling to the Vikings, Patriots, Cardinals, Lions, Cowboys, Jets and Bears in that stretch.

In the loss to the Bears, New York QB Daniel Jones posted 150 yards and two TDs, and Saquon Barkley put up 59 yards rushing. Darius Slayton was the top receiver there on 67 yards from four catches.

Green Bay had a nice run of offensive games going for a little while there, but they’ve been rather uninspiring on the scoreboard lately. The 24 points against the Panthers isn’t too bad, but the Packers were only able to muster 11 versus San Diego and eight against San Francisco.

Fortunately for Green Bay, they’ve got an opportunity against a pretty permissible Giants defense here, as New York gave up 37 to the Cowboys and 34 to the Jets. I’m going to go with Green Bay busting out here and managing a cover.