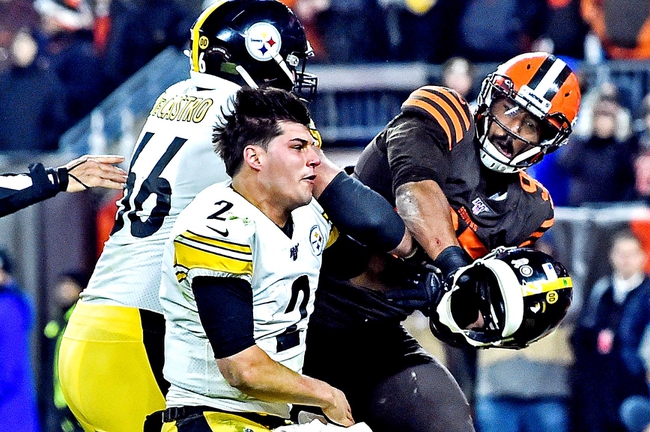 The Cleveland Browns are 1-3 ATS in their last four games as a road favorite. The Pittsburgh Steelers are 6-2-2 ATS in their last 10 games as a home underdog. The Cleveland Browns scare the hell out of me, as they have all of the talent in the world but find ways to throw games away and lose in the end. The Pittsburgh Steelers are one of the better coached teams in the league, has an elite defense and is usually money at home this time of year. With all that said, the Browns are playing their best ball of the year and have an opportunity to seriously get back in the playoff convo. I also can't back a team starting Devlin Hodges in a game this big. I'll lay the small number with the Browns.