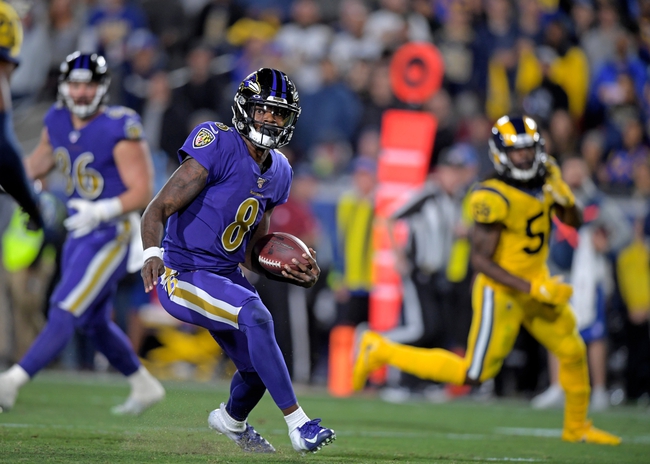 The San Francisco 49ers and the Baltimore Ravens meet in week 13 NFL action from M&T Bank Stadium on Sunday afternoon.

The San Francisco 49ers will look to build on their 10-1 start to the year after a 37-8 beatdown of the Green Bay Packers in their last outing. Jimmy Garoppolo threw for 253 yards and 2 touchdowns on 14 of 20 passing while Raheem Mostert and Tevin Coleman combined for 84 rushing yards and a pair of TDs. George Kittle led San Fran in receiving with 6 grabs for 129 yards and a touchdown while Deebo Samuel had 50 receiving yards and a TD as well. Defensively, Nick Bosa had a fumble recovery and Arik Armstead logged a pair of sacks while Fred Warner recorded 11 solo tackles in the win. As a team, San Francisco is averaging 382.3 yards of total offense and 30.2 points per game while allowing the fewest total yards against per game with 248 per game and the 2nd-lowest scoring defense in the NFL, allowing just 14.8 points per game this season.

The Baltimore Ravens will look to build on their 9-2 mark after dominating the Rams on Monday night football by a final score of 45-6. Lamar Jackson threw for 169 yards and 5 TDs on 15 of 20 passing while also rushing for 95 yards while Mark Ingram II led the Ravens with 111 rushing yards and a touchdown and Gus Edwards also had 55 rushing yards. Miles Boykin led the Ravens with 54 receiving yards while Marquise Brown and Willie Snead IV each had a pair of receiving TDs. Defensively, Jimmy Smith and Marcus Peters each had an interception with Peters leading Baltimore with 8 total tackles, including a team-high 6 solo tackles. As a team, Baltimore is averaging the 2nd-most total yardage per game, averaging 433.3 yards of total offense and the highest-scoring offense in the NFL, averaging 35.1 points per game while allowing 322.7 yards of total defense and 18.4 points per game against this season.

I get why the points with San Fran are tempting, Baltimore’s on a short week and the 49ers own the stingiest defense in the NFL and the Niners also keep coming through when people doubt them (including myself). However, the Ravens are looking unstoppable right now with Jackson leading the charge, and I just don’t know if the 49ers can do enough to keep this one close, so I’ll lay the points with Baltimore in what should be one heck of a game. 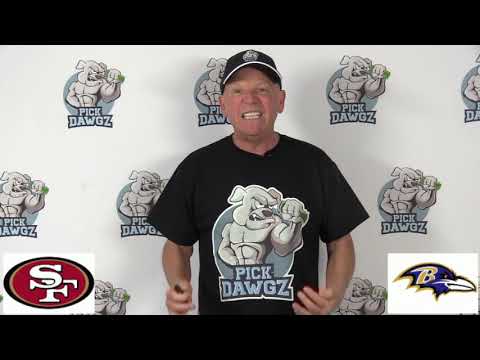