The New Orleans Saints and the Atlanta Falcons meet in NFL action from Mercedes-Benz Stadium on Thursday.

The Saints enter this game at 9-2 so far, and they’re 2-1 in their last three games. After a 26-9 loss to the Falcons a few weeks back, New Orleans has won their last pair versus the Bucs and Panthers.

In the win over the Panthers, Saints QB Drew Brees put up 311 yards with three scores and an INT, and Latavius Murray rushed for 64 yards and a TD. Michael Thomas had 101 yards and a TD off 10 catches there.

Over on the Falcons’ side, they’re 3-8 so far. Atlanta had consecutive wins going versus the Saints 26-9 and the Panthers 29-3, but stumbled with a loss to the Buccaneers in their last appearance 35-22.

In the loss to the Bucs, Atlanta’s Matt Ryan threw for 271 yards and an INT, and Qadree Ollison led an anemic rush on 20 yards with a TD. Calvin Ridley was the lead receiver there with 85 yards and a TD on six receptions.

New Orleans bounced back from that embarrassing home loss to the Falcons pretty well. They took care of the Buccaneers easily enough, but needed a big push to eke out a 3-point win over the Panthers. That performance makes me a little leery here.

In any case, the consensus seems to be that the Saints will get revenge in this game, and I’m inclined to agree. That said, Atlanta has been scoring pretty well over their last four games or so, and I think the Falcons can eke into a cover in what should be a fun game to watch. 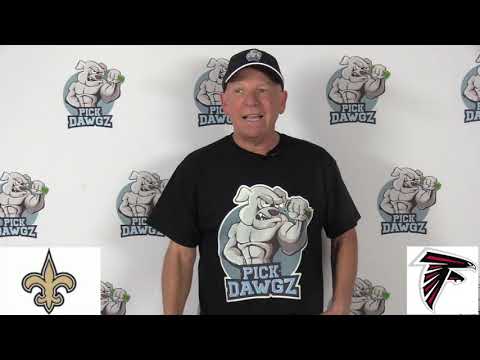