The Buffalo Bills and the Dallas Cowboys meet in NFL action from AT&T Stadium on Thursday.

The Bills come into this one at 8-3 on the year. Since falling to the Browns 19-16 a few weeks back, Buffalo has notched consecutive wins over the Dolphins and the Broncos.

In the win over the Broncos, Buffalo’s Josh Allen put up 185 yards, two TDs and one INT. Devin Singletary added 106 rush yards, while Cole Beasley had 76 yards and a TD on six grabs.

Over on the Cowboys’ side, they’re 6-5 this year. Dallas is 1-2 in the last three games, with a win over the Lions alongside losses to the Vikings and Patriots in that stretch.

In the loss to New England, Dallas QB Dak Prescott put up 212 yards with an INT, and Ezekiel Elliott had 86 yards rushing. Tops in receiving was Randall Cobb on 86 yards from four grabs.

Buffalo is looking pretty good record-wise this season, but to take the pessimistic angle they’ve also benefited from a pretty permissive schedule. Wins over the Dolphins, Redskins, Bengals, Titans, Jets, Giants and Broncos aren’t exactly putting them in the elite class of the NFL.

Then there’s Dallas, underachieving as always, but I’ll give them some credit for hanging in there with the suddenly vulnerable Patriots. I’m going with the Cowboys at home in this one, but I don’t really like either team at the moment and this is bound to be a standard sloppy Thursday game. 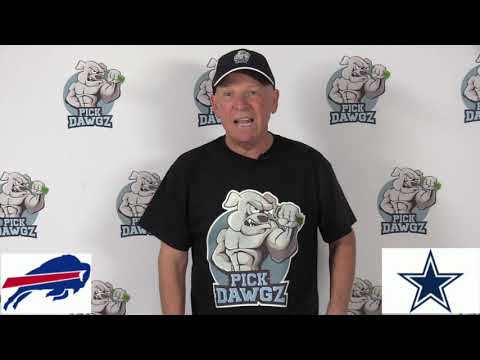