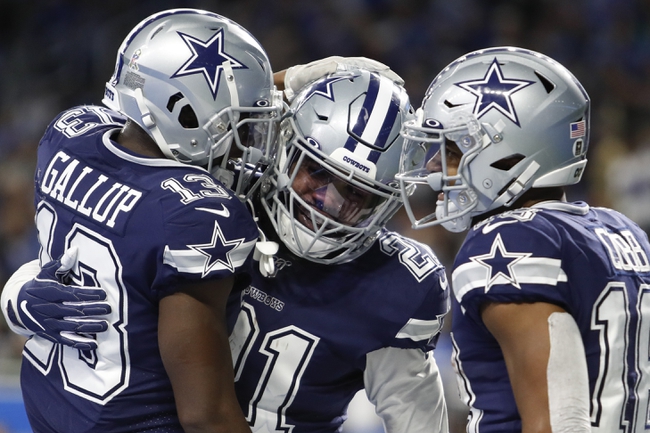 The Buffalo Bills look for a statement win after winning five of their last seven games. The Buffalo Bills have won four of their last five road games. Josh Allen is completing 60.2 percent of his passes for 2,360 yards, 15 touchdowns and eight interceptions. Allen has one or less touchdown passes in 15 of his last 22 games. John Brown and Cole Beasley have combined for 1,381 receiving yards and nine touchdowns while Dawson Knox has 22 receptions. The Buffalo Bills ground game is averaging 139.2 yards per contest, and Frank Gore leads the way with 541 yards and two touchdowns. Defensively, Buffalo is allowing 15.7 points and 288.6 yards per game. Tremaine Edmunds leads the Buffalo Bills with 82 tackles, Jordan Phillips has seven sacks and Tre'Davious White has four interceptions.

The Dallas Cowboys need a win here after losing five of their last eight games. The Dallas Cowboys have won three of their last five home games. Dak Prescott is completing 66.8 percent of his passes for 3,433 yards, 21 touchdowns and 10 interceptions. Prescott has three or more touchdown passes in seven of his last 15 games. Amari Cooper and Michael Gallup have combined for 1,629 receiving yards and 10 touchdowns while Randall Cobb has 39 receptions. The Dallas Cowboys ground game is averaging 129.8 yards per contest, and Ezekiel Elliott leads the way with 919 yards and seven touchdowns. Defensively, Dallas is allowing 19.1 points and 318.5 yards per game. Jaylon Smith leads the Dallas Cowboys with 98 tackles, Robert Quinn has 9.5 sacks and Xavier Woods has two interceptions.

The Buffalo Bills are 5-2-1 ATS in their last eight games as a road underdog. The Dallas Cowboys are 3-3 ATS in their last six games as a home favorite. The Buffalo Bills continue to win games and fly under the radar, but I'm just not sold on this team mainly because of the sloppy quarterback play and the fact they haven't had the toughest schedule in the world. I need to see the Bills beat a good team to convince me they're for real. The Dallas Cowboys are underachieving, but they did hold their own last week on the road in New England and it feels like they're due for a breakout performance. I'd love to get this line under a full seven points, but I'll take the Cowboys by a touchdown.