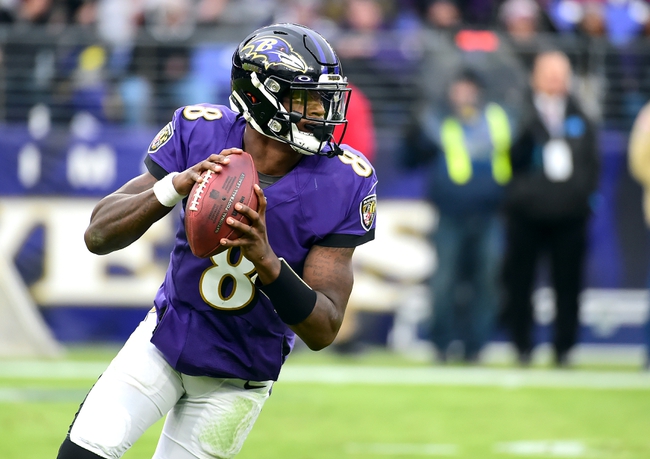 The Baltimore Ravens come into this game looking to build on their six-game winning streak after a 41-7 walloping of Houston in their last outing. Lamar Jackson has thrown for 2,258 yards, 19 touchdowns and 5 interceptions on 66.3% passing while also leading the Ravens in rushing with 788 rushing yards and 6 touchdowns. Mark Ingram II has 667 rushing yards and 8 TDs while Gus Edwards has 390 rushing yards. Mark Andrews leads the Ravens in receiving with 598 receiving yards and 6 touchdowns on 48 receptions while Marquise Brown has 30 grabs for 477 yards and 4 TDs. Defensively, Patrick Onquasor has a team-high 44 total tackles including 34 solo tackles while Matthew Judon has a team-high 6 sacks this season. As a team, Baltimore is averaging a hefty 428.6 yards of total offense and 34.1 points per game while allowing 332.9 yards of total defense and 19.6 points per game against this season.

The Los Angeles Rams will look to keep their momentum going after winning 3 of their last 4 games following a 17-7 win over Chicago last time out. Jared Goff has thrown for 2,783 yards, 11 touchdowns and 10 interceptions on 60.3% passing while Todd Gurley II has 525 rushing yards and 7 touchdowns. Cooper Kupp leads L.A. with 61 catches for 845 yards and 5 touchdowns while Robert Woods has 566 receiving yards. Brandin Cooks has 402 receiving yards and Gerald Everett has 35 catches for 385 yards and 2 touchdowns this season. Defensively, Cory Littleton leads the Rams with 82 total tackles while Eric Weddle has 72 total tackles. Aaron Donald leads the Rams with 8 sacks and Clay Matthews has 7 sacks while Dante Fowler Jr. has 6.5 sacks this season. As a team, Los Angeles is averaging 366.5 yards of total offense and 24.3 points per game while allowing 324.6 yards of total defense and 19.8 points per game against this season.

The points with the Rams at home would normally be worth a look, but even in winning 3 of their last 4 games, the Rams aren’t playing all that well right now, as their 3 wins came against a pair of struggling teams in Atlanta and Cincinnati and a Chicago team that doesn’t have much going right for them these days either. Baltimore is one of the top teams in the league and is challenging for the top seed in the AFC and laying just a field goal with Baltimore on the road just feels too easy. Either way, I’ll lay the points with the Ravens on the road here. 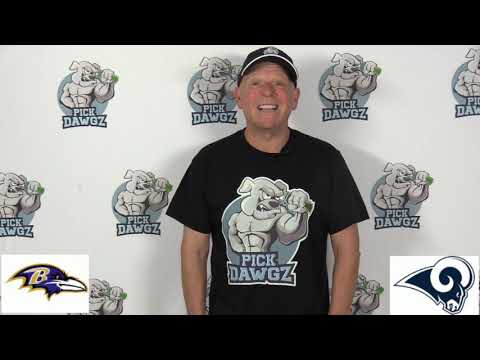