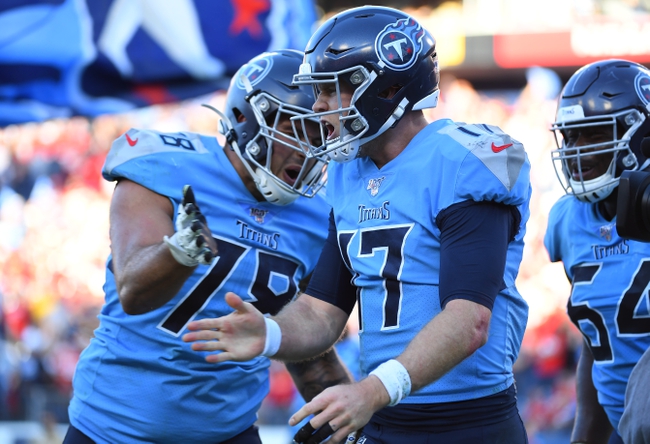 The Jacksonville Jaguars and the Tennessee Titans meet in week 12 NFL action from LP Field on Sunday.

Jacksonville sits at 4-6 overall. Jacksonville took out the Bengals and Jets for consecutive wins before falling again to the Texans 26-3 and the Colts 33-13 in their last two appearances.

In the loss to the Colts, Jacksonville QB Nick Foles put up 296 yards with two TDs and a pick, while Leonard Fournette had 23 yards rushing. DJ Clark was the top receiver there on 104 yards and two TDs off eight grabs.

Over on the Titans’ side, they’re 5-5 on the season. Tennessee started out pretty sketchy but they’ve got three wins in their last four games, falling to the Panthers but taking out the Chargers, Bucs and Chiefs.

In the (pretty shocking) win over the Chiefs, Tennessee QB Ryan Tannehill posted 181 yards and two scores, while Derrick Henry rushed for 188 yards and two TDs. Kalif Raymond’s 52-yard catch put him atop the Titans receivers there.

The good news about Jacksonville is that they’re 4-4 over their last eight games. A .500 record is a positive sign for this team at this point, but putting up just 16 points over their last pair combined is pretty ugly.

In any case, Tennessee isn’t in much better of a position, and they’ll be out for revenge after falling 20-7 the last time these teams met. There’s very little intrigue here if you’re not a fan, but judging by the current trends I’m leaning toward the Titans here. Probably should stay away, though.