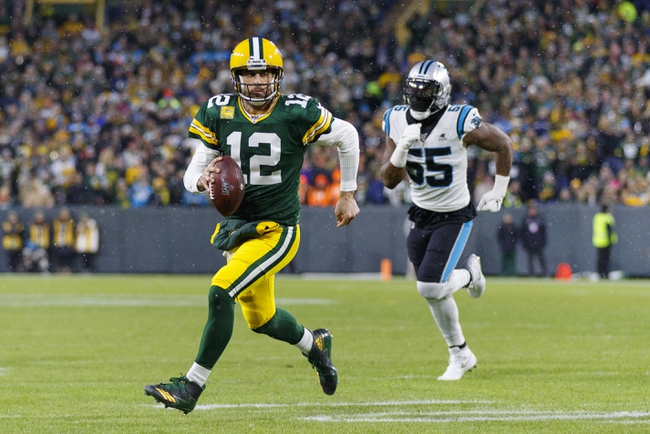 The Green Bay Packers come into this game rested after their bye week, last dealing with a 24-16 win over Carolina in their last outing. Aaron Rodgers has thrown for 2,718 yards, 17 touchdowns and 2 interceptions on 64.8% passing while Aaron Jones leads the Pack in rushing with 589 rushing yards and 11 touchdowns. Davante Adams leads Green Bay with 39 grabs for 537 yards while Marquez Valdes-Scantling has 420 receiving yards and Aaron Jones and Jimmy Graham each have 300+ receiving yards this season. Defensively, Blake Martinez leads Green Bay with 102 total tackles while Preston Smith has a team-high 10 sacks and Zadarius Smith has 8.5 sacks this season. Kevin King also has 3 interceptions for Green Bay this season. As a team, Green Bay is averaging 356 yards of total defense and 25 points per game while allowing 384.7 yards of total defense and 20.5 points per game against this season.

The San Francisco 49ers will look to add a huge notch to their belt, improving to 9-1 after a 36-26 win over Arizona last time out. Jimmy Garoppolo has thrown for 2,478 yards, 18 touchdowns and 10 interceptions on 68.8% passing while Matt Breida leads San Fran in rushing with 542 rushing yards. Tevin Coleman is 2nd in rushing with 409 rushing yards while Raheem Mostert has 348 rushing yards this season. Tight End George Kittle leads San Fran’s receiving group with 46 catches for 541 yards while Deebo Samuel has 38 grabs for 473 yards this season. Defensively, Fred Warner leads the 49ers with 70 total tackles while Richard Sherman has 3 interceptions. Arik Armstead leads the Niners with 8 sacks while Nick Bosa has 7 sacks and 13.5 tackles for a loss and DeForest Buckner has 5 sacks this season. As a team, San Francisco is averaging 386.6 yards of total offense and 29.5 points per game while allowing 253 yards of total defense and 15.5 points per game against this season.

I understand San Francisco being favored at home, but I’ve said before that I don’t know how much I’m truly reading into San Fran’s 9-1 start. Yes, it’s impressive and Garoppolo looks the part of a starting NFL QB, but the second half was where we were going to see if the Niners were legit, and San Fran failed the 1st test against Seattle but bounced back against arguably the easiest team down the stretch in Arizona. Green Bay is on the road but the Packers are no stranger to the primetime environment where the lights are the brightest, including Aaron Rodgers who always gives Green Bay a chance to win. There are just certain guys that I like backing when getting free points, and Aaron Rodgers is one of them so I’ll take Green Bay and the free field goal here. 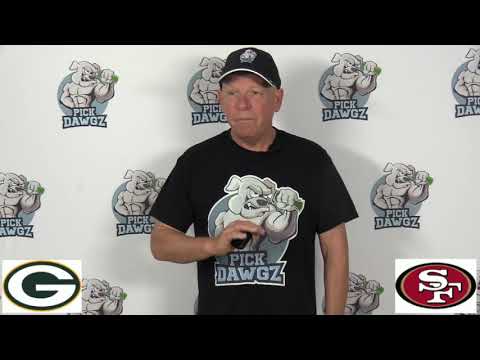