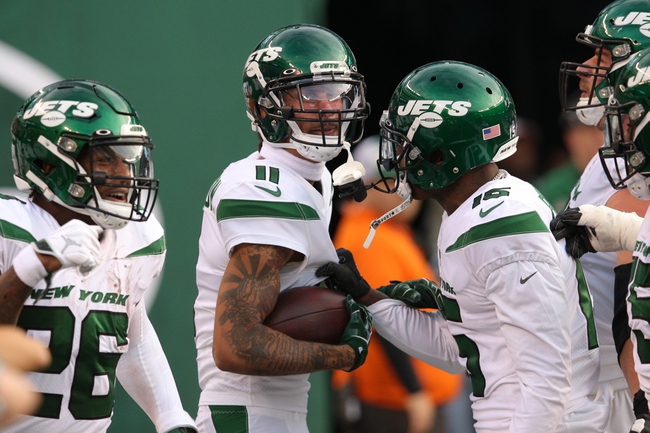 The Oakland Raiders look for another win to build on their three-game winning streak. The Oakland Raiders have lost three of their last four road games. Derek Carr is completing 72.3 percent of his passes for 2,494 yards, 15 touchdowns and five interceptions. Carr has one or less touchdown passes in nine of his last 16 games. Darren Waller and Tyrell Williams have combined for 1,128 receiving yards and eight touchdowns while Hunter Renfrow has 33 receptions. The Oakland Raiders ground game is averaging 128.2 yards per contest, and Josh Jacobs leads the way with 923 yards and seven touchdowns. Defensively, Oakland is allowing 25 points and 368.1 yards per game. Tahir Whitehead leads the Oakland Raiders with 75 tackles, Benson Mayowa has seven sacks and Erik Harris has three interceptions.

The New York Jets look for a win after splitting their last six games. The New York Jets have split their last four home games. Sam Darnold is completing 63.2 percent of his passes for 1,600 yards, 11 touchdowns and 10 interceptions. Darnold has 13 touchdown passes in his last nine games. Jamison Crowder and Demaryius Thomas have combined for 922 receiving yards and three touchdowns while Robby Anderson has 25 receptions. The New York Jets ground game is averaging 72.1 yards per contest, and Le’Veon Bell leads the way with 508 yards and three touchdowns. Defensively, New York is allowing 25.5 points and 332.4 yards per game. Jamal Adams leads the New York Jets with 56 tackles, Jordan Jenkins has five sacks and Neville Hewitt has two interceptions.

The Oakland Raiders are 3-3-1 ATS in their last seven games as a road favorite. The New York Jets are 2-5-1 ATS in their last eight games as a home underdog. The Oakland Raiders are quietly one of the hotter teams in the league over these last three weeks, as the defense has improved and the offense has thrived with a physical ground game and better decisions from Carr. The New York Jets have won back-to-back games, but they still have a joke of a head coach and those two wins came against teams with a combined SU record of 3-17. Weather could be an issue in this game, but I'll lay the reasonable number with the much better team in the Oakland Raiders.