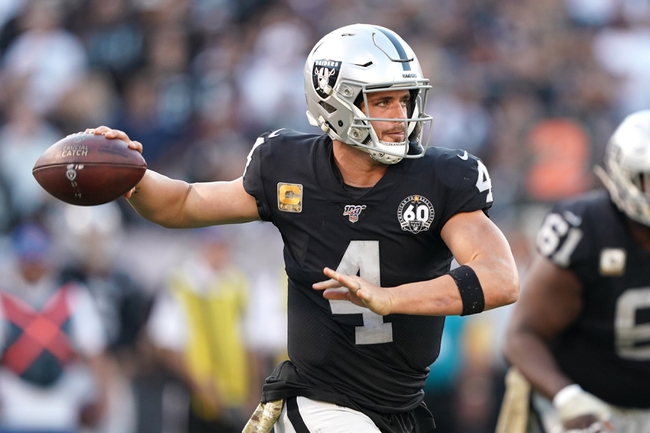 The Oakland Raiders and the New York Jets meet in week 12 NFL action from MetLife Stadium on Sunday afternoon.

The Oakland Raiders will look to add to their current three game winning streak after a 17-10 win over Cincinnati last time out. Derek Carr has thrown for 2,494 yards, 15 touchdowns and 5 interceptions on 72.3% passing while Josh Jacobs leads Oakland in rushing with 923 rushing yards and 7 touchdowns. Darren Waller leads the Raiders in receiving with 56 catches for 666 yards and 3 touchdowns while Tyrell Williams has 462 receiving yards and 5 TDs and Hunter Renfrow has 365 receiving yards. Defensively, Tahir Whitehead leads Oakland with 75 total tackles as well as a team-high 55 solo tackles while Benson Mayowa has a team-high 7 sacks, Maxx Crosby has 6.5 sacks and Erik Harris has 3 interceptions with a pair of pick-sixes this season. As a team, Oakland is averaging 371.7 yards of total offense and 22.5 points per game while allowing 370 yards of total defense and 25 points per game against this season. 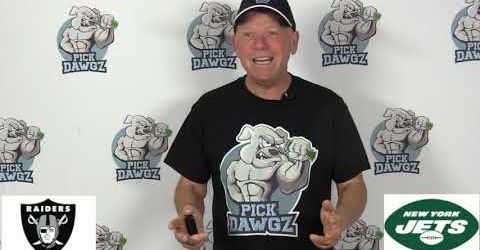 The New York Jets will look to build on back-to-back wins after a 34-17 win over the Washington Redskins last time out. Sam Darnold has thrown for 1,600 yards, 11 touchdowns and 10 interceptions on 63.2% passing while LeVeon Bell has 508 rushing yards and 3 touchdowns. Jamison Crowder leads the Jets with 562 receiving yards and 53 catches with 3 touchdown grabs while Demaryius Thomas, Robby Anderson and the aforementioned Bell each have 300+ receiving yards this season. Defensively, Jamal Adams leads the Jets with 56 total tackles and 6 sacks this season. As a team, New York is averaging 248.2 yards of total offense and 16.4 points per game while allowing 332.4 yards of total defense and 25.5 points per game against this season.

New York and a free field goal at home would be worth a look if the Jets weren’t one of the hardest teams in the NFL to trust and figure out. Oakland is starting to look like the Raiders team that we’d hope we’d see all along over the last couple of years and are starting to look like a legitimate threat for one of the wild card spots this postseason. The Raiders had a bit of a scare against Cincinnati and probably should’ve won by more, but we’re only being asked to lay a field goal here and the Raiders are just a better option than the Jets. I’ll lay the field goal with Oakland in this spot.