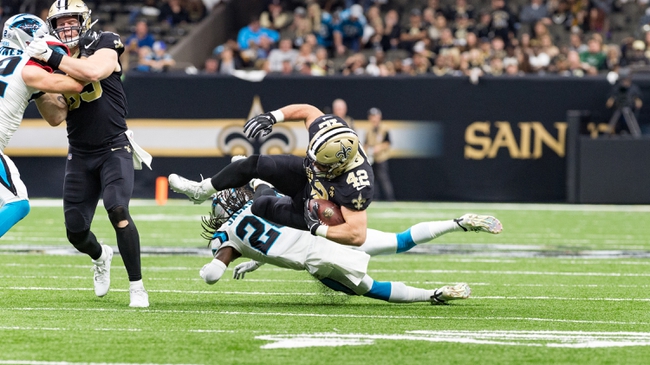 Photo by The Advertiser-USA TODAY NETWORK

The Carolina Panthers are 6-6 ATS in their last 12 games as a road underdog. The New Orleans Saints are 2-6 ATS in their last eight games as a home favorite. The Panthers aren't the same team since their bye week, as they're 1-3 SU in their last four games and have scored a combined 19 points in their last two games. The Saints bounced back nicely last week and have scored 30 or more points in three of the four games Brees has played. Instead of messing with this big number, I'm taking the over. The over has cashed in eight of the last 10 meetings between the Panthers and Saints, and the Saints seem to be getting their offense back on track. Look for fireworks.