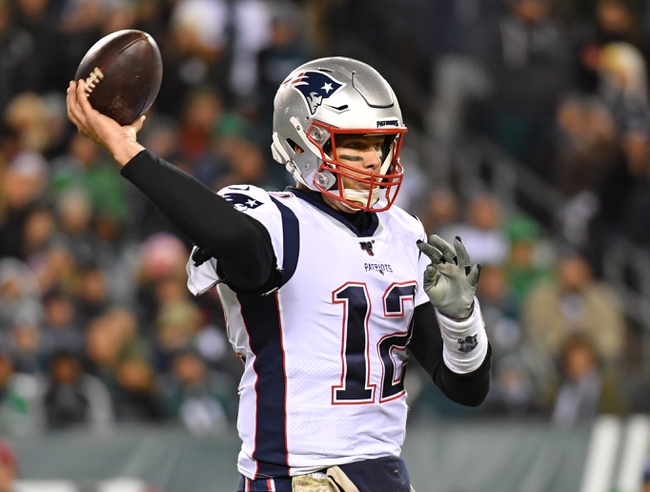 The Dallas Cowboys and the New England Patriots meet in week 12 NFL action from Gillette Stadium on Sunday.

The Cowboys sit at 6-4 so far. Dallas is 3-1 in their last four games, falling to the Cowboys while beating the Eagles, Giants and Lions in the process.

In the win over the Lions, Cowboys QB Dak Prescott put up 444 yards and three touchdowns, and Ezekiel Elliott managed 45 yards with a TD. Michael Gallup led the receivers there on nine grabs for 148 yards.

Over on the New England side, they’re 9-1 so far. The lone defeat came a couple of weeks back to the scrappy upcoming Ravens, but otherwise we’ve all seen how dominant the Patriots are.

In their most recent win over Philly, New England QB Tom Brady put up 216 yards, and Sony Michel managed 33 yards rushing. Julian Edelman was the top receiver with 53 yards in an uncharacteristically quiet night from the O.

Dallas is one of those teams where you don’t know what you’re going to get from week to week. It could be a rousing divisional win over the Eagles, or it could be an embarrassing loss to the inept Jets. Neither is wrong; Dallas just doesn’t have things figured out yet. They’re a talented team but can’t put it all together from week to week—and to win here, they’re going to have to be PERFECT.

The Patriots have shown a little vulnerability by falling to the Ravens, but otherwise they’ve done exactly what they needed to do to get those Ws; even when they were behind. That’s what veteran championship teams do. At home, I don’t think It'll be any different here. I’m going New England.