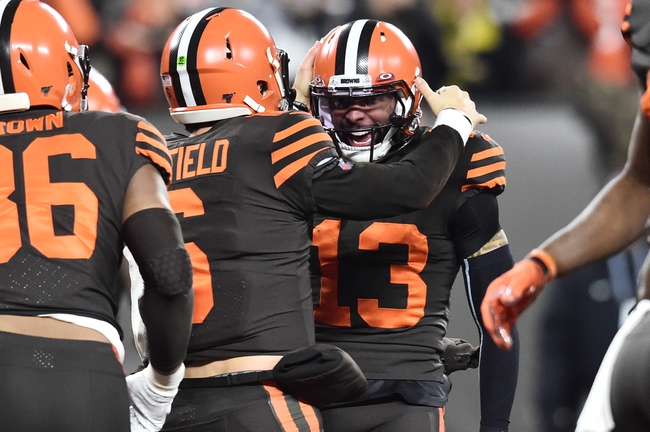 The Miami Dolphins and the Cleveland Browns meet in week 12 NFL action from FirstEnergy Stadium on Sunday.

The Dolphins enter this matchup at 2-8 overall. Miami got their two wins this season in consecutive weeks over the Jets 26-18 and the Colts 16-12, but dropped their last game to the Bills 37-20. 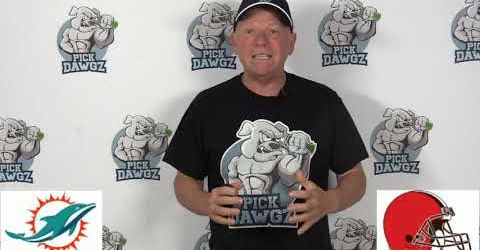 In the loss to the Bills, Miami QB Ryan Fitzpatrick posted 323 yards passing, and Kalen Ballage led an anemic rush on nine yards and a TD. DeVante Parker had 135 yards on seven catches to lead the team there.

Over on the Browns’ side, they’re 4-6 so far. Cleveland had a four-game losing streak going before taking out the Bills 19-16 and the Steelers 21-7 in their last two outings.

In the win over the Steelers, Browns QB Baker Mayfield put up 193 yards with two TDs, and Nick Chubb rushed for 92 yards. Tops in receiving was Odell Beckham with 60 yards on four grabs.

The Dolphins can’t get much right this year, and even the “Tank for Tua” theme is a bit muddy at the moment. Really you can’t predict what they’ll do from week to week offensively, but odds are they’ll hover under 20 points.

Cleveland is another frustrating situation; they are nowhere near the lofty heights projected when the season began. It seems the Browns have gotten a little traction over the past couple of games, though. I’m tentatively taking Cleveland in a cover here—provided they can beat up on the Dolphins defense, but both teams are underwhelming and just “blah.”