The Indianapolis Colts and the Houston Texans meet in NFL action from NRG Stadium on Thursday.

The Colts are sitting at 6-4 on the season so far. Indy is 4-2 in their last six games, with losses to the Steelers and Dolphins beside wins over the Chiefs, Texans, Broncos and Jaguars. 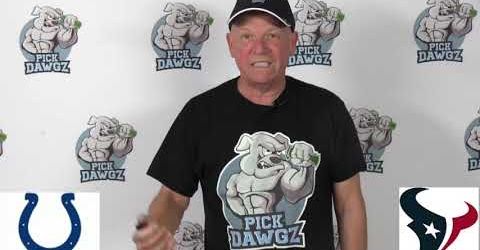 In the win over the Jags, Indianapolis QB Jacoby Brissett posted 148 yards with a TD and a pick, with Marcus Johnson leading the receivers on 38 yards and a score from four grabs. Jonathan Williams and Marlon Mack combined for 225 yards and a score rushing there.

Over on the Texans’ side, they’re 6-4 this year as well. Houston is 4-2 in their last six outings, with wins over the Falcons, Chiefs, Raiders and Jags alongside losses to the Colts and Ravens.

In the loss to the Ravens, Houston’s Deshaun Watson posted 169 yards with an INT, and Carlos Hyde led the rush on 65 yards and a score. DeAndre Hopkins put up seven catches there for 80 yards.

Indianapolis is one of those maddening NFL teams you want to believe in from week to week, with some solid divisional wins and a competitive nature, but every so often they’ll go out and fall to a team like the Dolphins. Meh. It’s a learning season, and all things considered they’re doing okay in the post-Luck era.

The Texans got drilled in their last outing by the Ravens (which is understandable), and since their last game versus the Colts (a 30-23 Indy home victory) they’re 2-1.

This is not a game to go anywhere near, as there’s no telling the outcome. I’m going to take the Texans on a slim cover at home in a bounce-back game, but realistically it’s a Thursday divisional rivalry grudge match you should just sit back and enjoy.