The Chiefs are 6-4 so far on the year. The Chiefs have wins over the Jags, Raiders, Ravens, Lions, Broncos and Vikings but have fallen to the Colts, Texans, Packers and Titans.

In the loss to the Titans, KC quarterback Patrick Mahomes put up 446 yards and three scores, while Damien Williams had 77 rush yards. Tyreek Hill was the lead receiver there with 157 yards and a TD off 11 grabs.

Over on the Los Angeles side, they’re 4-6 so far. The Chargers have wins over the Colts, Dolphins, Bears and Packers but have lost to the Lions, Texans, Broncos, Steelers, Titans and Raiders.

In the loss to the Raiders, LA quarterback Philip Rivers put up 207 yards with two TDs and three picks, and Melvin Gordon had 108 yards and a score. Keenan Allen caught eight balls there for 68 yards.

Kansas City’s loss to the Titans was something of a head-scratcher; the team got an offensive lift with the return of Mahomes, but couldn’t keep pace down the stretch and lost in a pretty wild second half.

This one’s kind of tough to pick with the way the Chargers are playing this year; sometimes LA will put up a great all-around effort and take out a tough team, and other times they look flat and uninspired.

I expect this one to be tight most of the way, and I’m going to take the Chiefs on a very slim cover. Probably one to stay away from, though. 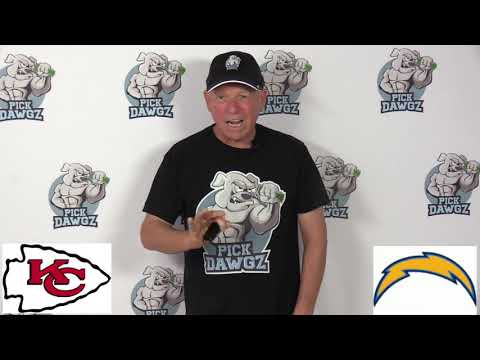