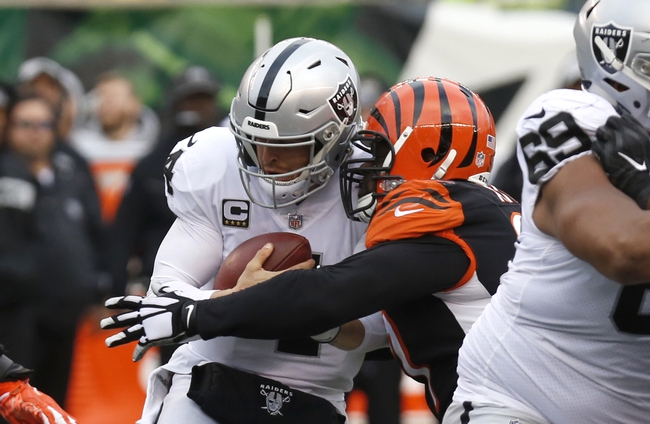 The Oakland Raiders look for another win after splitting their last eight games. The Oakland Raiders have won three of their last four home games. Derek Carr is completing 70.8 percent of his passes for 2,202 yards, 14 touchdowns and four interceptions. Carr has one or less touchdown passes in eight of his last 15 games. Darren Waller and Tyrell Williams have combined for 968 receiving yards and eight touchdowns while Hunter Renfrow has 28 receptions. The Oakland Raiders ground game is averaging 129.9 yards per contest, and Josh Jacobs leads the way with 811 yards and seven touchdowns. Defensively, Oakland is allowing 28.9 points and 381.7 yards per game. Tahir Whitehead leads the Oakland Raiders with 71 tackles, Benson Mayowa has seven sacks and Erik Harris has three interceptions.

The Cincinnati Bengals are 4-2 ATS in their last six games as a double-digit underdog. The Oakland Raiders are 1-4 ATS in their last five games as a double-digit favorite. The Cincinnati Bengals can't do anything right this season and seem to be getting worse each week as four of their last six losses have been decided by double digits. At this point, there's no reason for the Bengals to even try with them being the frontrunners for the top pick in the draft. The Oakland Raiders ar finally leaning how to finish games and have a real shot at a wild card spot with the schedule shaping up the way it has. While double-digit chalk in the NFL can be risky, there's no way I'm looking the Bengals direction. The Raiders should lay the wood in this contest. 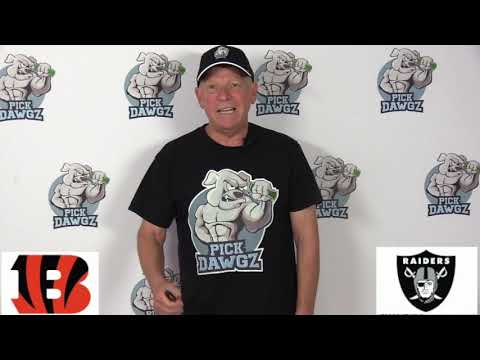