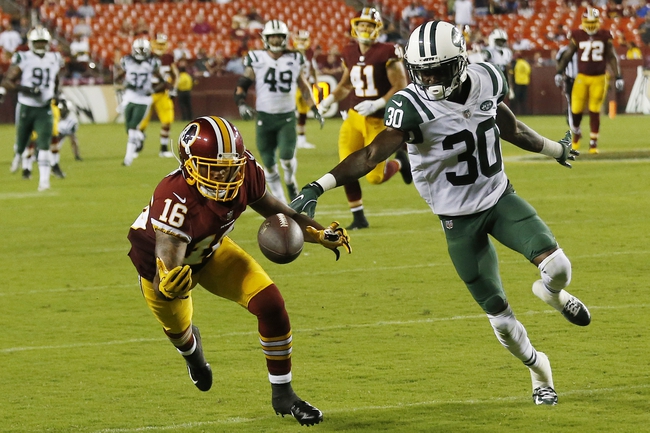 The New York Jets and the Washington Redskins meet in NFL action from FedEx Field on Sunday afternoon.

The New York Jets will look to build on a 34-27 win over the New York Giants in their last outing. Sam Darnold has thrown for 1,307 yards, 7 touchdowns and 9 interceptions on 63.2% passing while LeVeon Bell has rushed for 449 yards and 2 touchdowns. Jamison Crowder leads the Jets in receiving with 48 catches for 486 yards and 2 touchdowns while Robby Anderon and Demaryius Thomas each have 300+ receiving yards this season. Defensively, Jamal Adams leads the Jets with 52 total tackles as well as 3 sacks while Jordan Jenkins has a team-high 5 sacks. As a team, the Jets are averaging 231.3 yards of total offense and 14.4 points per game while allowing 344.3 yards of total defense and 26.4 points per game against this season.

The Washington Redskins will be out to snap a three game losing skid after a 24-9 loss to Buffalo last time out. Case Keenum has thrown for 1,343 yards, 9 touchdowns and 4 interceptions while Dwayne Haskins has 284 yards and 4 interceptions on 61.4% passing. Adrian Peterson has 491 rushing yards while Terry McLaurin has a team-high 32 receptions for 497 yards and 5 touchdowns. Chris Thompson and Paul Richardson Jr. each have 200+ receiving yards this season. Defensively, Landon Collins leads Washington with 78 total tackles while Jon Bostic has 65 total tackles. Matt Ioannidis has 4.5 sacks and Jonathan Allen has 4 sacks for the Redskins this season. As a team, Washington is averaging 259 yards of total offense and 12 points per game while allowing 366.1 yards of total defense and 24.3 points per game against this season.

To be honest, I’m surprised this total is where it is. Yes, the Jets scored 34 last week, but they’re also 0-4 on the road, and have scored no more than 18 points in any of those road games, totalling 53 points in that span. On the other side, Washington is just a bad football team and have scored 9 points or less in 5 of their last 6 games. I honestly think this is a game where the first team to 10 or 14 wins, so I’ll side with the under in this spot.