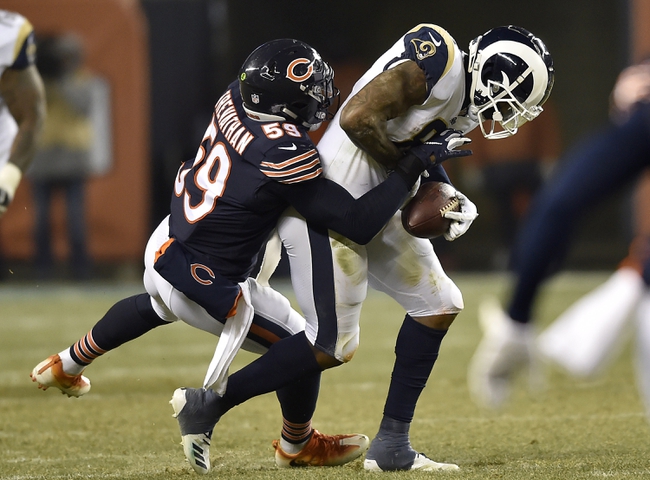 The Chicago Bears could use a win after losing four of their last five games. The Chicago Bears have won two of their last three road games. Mitch Trubisky is completing 63.6 percent of his passes for 1,390 yards, eight touchdowns and three interceptions. Chase Daniel and Trubisky have combined for 11 touchdown passes and five interceptions. Allen Robinson and Taylor Gabriel have combined for 895 receiving yards and seven touchdowns while Anthony Miller has 17 receptions. The Chicago Bears ground game is averaging 80.6 yards per contest, and David Montgomery leads the way with 466 yards and five touchdowns. Defensively, Chicago is allowing 17.4 points and 327.3 yards per game. Danny Trevathan leads the Chicago Bears with 70 tackles, Nick Williams has six sacks and Kyle Fuller has three interceptions.

The Chicago Bears are 6-3 ATS in their last nine games as a road underdog. The Los Angeles Rams are 4-4-1 ATS in their last nine games as a home favorite. The Chicago Bears are a tough team to back, as their offense has scored 21 or less points in seven of their nine games, putting their defense in constant tough situations to rise to the occasion. The problem is the Los Angeles Rams aren't playing much better and we've seen a once explosive offense score 12 or less points in two of their last four tries. These are two similar teams in that they're both capable of locking up defensively, but you have zero idea what to expect from the offenses. I'll pinch my nose and take the points because of the unknown. 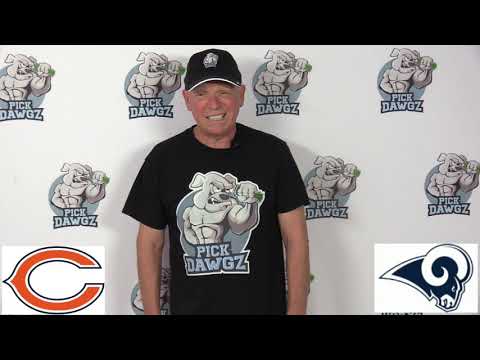