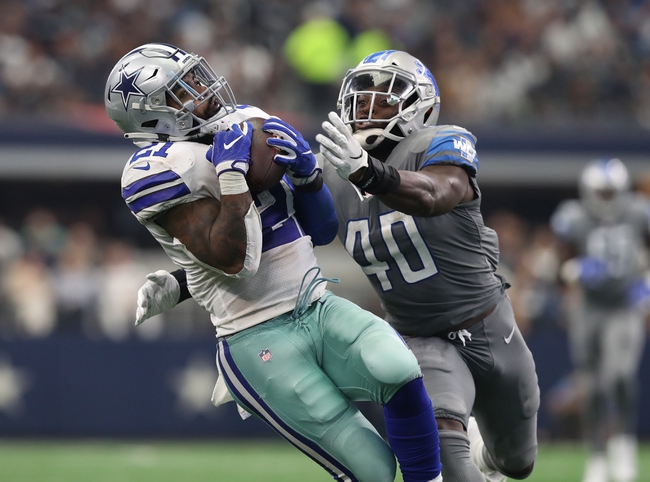 The Dallas Cowboys and the Detroit Lions meet in week 11 NFL action from Ford Field on Sunday afternoon.

The Dallas Cowboys will look to bounce back from a 28-24 loss to the Minnesota Vikings on Sunday night in their last outing. Dak Prescott has thrown for 2,777 yards, 18 touchdowns and 9 interceptions on 68.3% passing while Ezekiel Elliott leads the Cowboys in rushing with 788 rushing yards and 6 TDs. Amari Cooper leads the Cowboys in receiving with 848 receiving yards on 53 catches with 7 touchdowns while Michael Gallup has 530 receiving yards while Randall Cobb and Jason Witten each have 300+ receiving yards this season. Jaylon Smith leads the Cowboys’ defense with 81 tackles while Robert Quinn leads Dallas with 7.5 sacks this season. As a team, Dallas is averaging 437.4 yards of total offense and 27.9 points per game while allowing 323.2 yards of total defense and 18.9 points per game against this season.

The Detroit Lions need a win after losing five of their last six games following a 20-13 loss to Chicago last time out. Matt Stafford has thrown for 2,499 yards, 19 touchdowns and 6 interceptions on 64.3% passing, but is still set to miss this game with broken bones in his back, leaving Jeff Driskel at QB after throwing for 269 yards, a touchdown and an interception on 58.7% passing. Kerryon Johnson remains the team leader in rushing with 308 rushing yards while J.D. McKissic has 176 rushing yards. Kenny Golladay leads Detroit in receiving with 697 receiving yards and 8 TDs while Marvin Jones Jr. has 47 catches for 612 yards and 6 touchdowns this season. Danny Amendola has 405 receiving yards while T.J. Hockenson has 343 receiving yards. Defensively, Tracy Walker leads the Lions with 56 total tackles including a team-high 49 solo tackles while Trey Flowers leads Detroit with 5 sacks and Devon Kennard is right behind with 4 sacks. As a team, Detroit is averaging 387.4 yards of total offense and 24.1 points per game while allowing 402.1 yards of total defense and 26.3 points per game against this season.

The points with Detroit as a home dog are tempting and I’d be a lot more prone to siding with them if Stafford was at QB, but the fact is that he’s still on the shelf for this one and I’m not overly sold on Detroit’s offense with Jeff Driskel under center. Dallas has all of their pieces good to go for this one, and will be out to make some noise after a frustrating loss in primetime to the Vikings. I think Dallas wins this one by at least a touchdown, so I’ll side with the Cowboys and lay the points here. 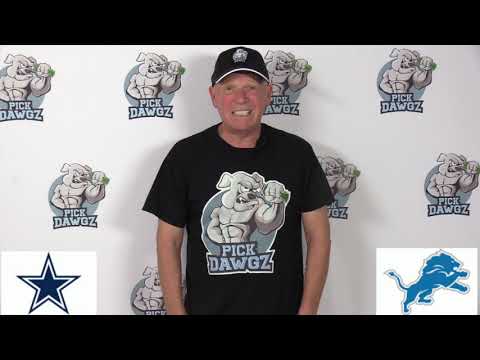