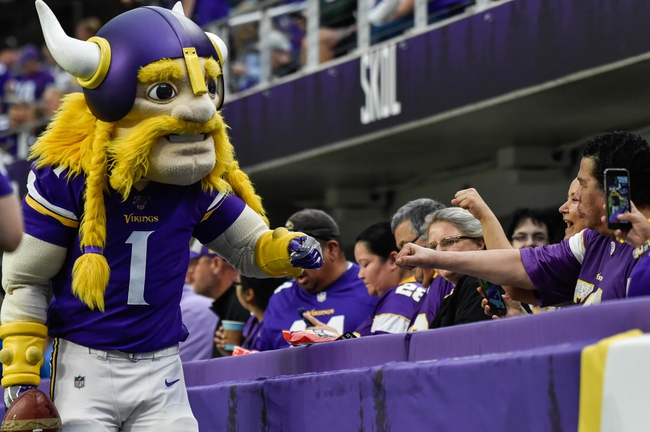 The Denver Broncos and the Minnesota Vikings will match up on the NFL gridiron Sunday.

The Broncos come into this one at 3-6 so far. Denver has lost to the Raiders, Bears, Packers, Jaguars, Chiefs and Colts but gotten wins over the Chargers, Titans and Browns.

In the win over the Browns, Denver QB Brandon Allen managed 193 yards and two scores, while Phillip Lindsay had 92 yards and a TD. Noah Fant put up 115 yards and a TD on three catches as well.

Over on the Vikings’ side, they’re 7-3 so far. Besides their losses to the Packers, Bears and Chiefs, Minnesota has taken out the Falcons, Raiders, Giants, Eagles, Lions, Redskins and Cowboys.

In the win over the Cowboys, Vikings QB Kirk Cousins managed 220 yards and two scores, while Dalvin Cook had 97 rush yards and a TD. Dalvin Cook led the receivers with 86 yards on seven receptions.

Over the last half-dozen games or so, Denver has been finding their proverbial stride a little bit. Sure, their victories have come against “meh” teams, and they were blown out by the Chiefs a few weeks back, but they’re usually competitive.

As for Minnesota, they’re playing pretty well right now also, and they have a few nice wins on their resume. All things considered here, I like Denver well enough to envision them hanging around for a while. In double-digits, I’m going Broncos.