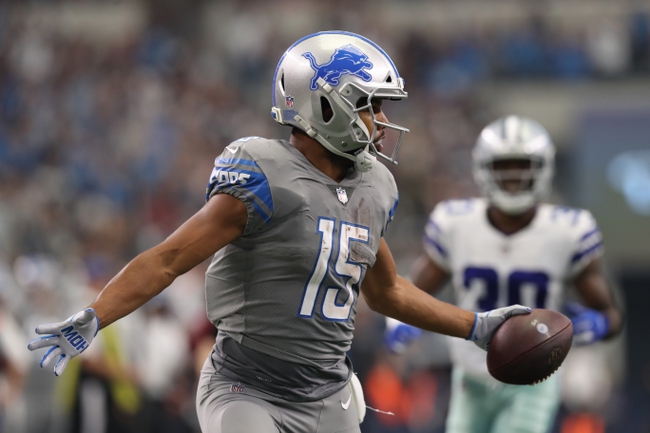 The Dallas Cowboys need a win after splitting their last eight games. The Dallas Cowboys have split their last four road games. Dak Prescott is completing 68.3 percent of his passes for 2,777 yards, 18 touchdowns and nine interceptions. Prescott has three or more touchdown passes in six of his last 13 games. Amari Cooper and Michael Gallup have combined for 1,378 receiving yards and 10 touchdowns while Randall Cobb has 31 receptions. The Dallas Cowboys ground game is averaging 138.2 yards per contest, and Ezekiel Elliott leads the way with 788 yards and six touchdowns. Defensively, Dallas is allowing 18.9 points and 323.2 yards per game. Jaylon Smith leads the Dallas Cowboys with 81 tackles, Robert Quinn has 7.5 sacks and Xavier Woods has two interceptions.

The Detroit Lions need a win after losing five of their last six games. The Detroit Lions have split their last four home games. Matthew Stafford is completing 64.3 percent of his passes for 2,499 yards, 19 touchdowns and five interceptions. Stafford has two or more touchdown passes in eight of his last 16 games. Kenny Golladay and Marvin Jones Jr. have combined for 1,309 receiving yards and 14 touchdowns while Danny Amendola has 35 receptions. The Detroit Lions ground game is averaging 96.2 yards per contest, and Kerryon Johnson leads the way with 308 yards and two touchdowns. Defensively, Detroit is allowing 26.3 points and 402.1 yards per game. Tracy Walker leads the Detroit Lions with 56 tackles, Trey Flowers has five sacks and Darius Slay has one interception.

The Dallas Cowboys are 3-3 ATS in their last six games as a road favorite. The Detroit Lions are 4-4 ATS in their last eight games as a road underdog. The Dallas Cowboys are clearly the better team, but I don't trust them in the favorite role on the road. With that said, the Detroit Lions defense is getting worse by the week and Matthew Stafford is still questionable with a hip injury. If the Lions have to throw out Jeff Driskel for another week, they stand no chance in this game. There's much better options on Sunday's card, but if forced to pick, I'd side with the Cowboys just under a full touchdown.